Umm… Did we read that correctly? When we last touched on the topic of “Californication,” we mentioned the Golden State’s housing crisis. 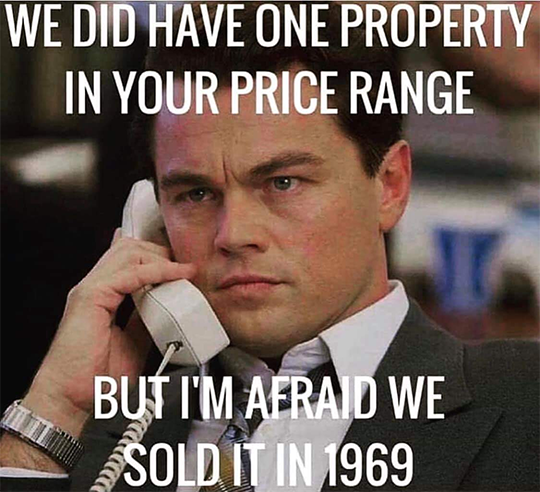 This is something of a personal crusade — in the best sense of the word — for Sen. Wiener, who’s proposed housing-reform legislation for the past three years… to little effect. But he hopes four new bills will get traction in 2021.

Reason says: “This time, ‘yes in my backyard’ (YIMBY) lawmakers and activists are instead focusing on more modest, wonkier bills that would collect data on the effect of past reforms, pare back more obscure regulations and make it easier for local governments to ditch their own restrictions on new housing.”

Waging war on Californian bureaucracy? As the kids say, we’re here for it. We’ll keep you posted…

For a wide-lens perspective on the subject of housing: “The trends guiding homebuying are strong enough that I want to take a closer look,” says wealth and income specialist Zach Scheidt.

First trend? “Millennials are just aging to their PEAK buying years,” he says. “[They] now claim the largest share of the homebuying population at 38%.”

Once, millennials were notoriously gun-shy about homebuying for reasons including a general distrust of financial institutions (a holdover from the Great Recession), job insecurity… and this: “It’s no secret that student debt was keeping millennials out of the housing market.

“Needless to say, millennials were certainly in no rush to bolster the housing market,” Zach notes. “But this generation definitely came off the sidelines in 2020.

“And millennials are a part of bigger shifts taking place in the age of COVID-19,” says Zach. “Which brings me to our next big trend…

“After years of people moving to live closer to work (especially work in the cities), we’re seeing the opposite now,” says Zach.

When COVID lockdowns shuttered big-city draws — bars, restaurants, nightlife and entertainment — spending gobs of money on rent seemed pointless when work’s just a Zoom call away from a more spacious home (and investment) in the suburbs. 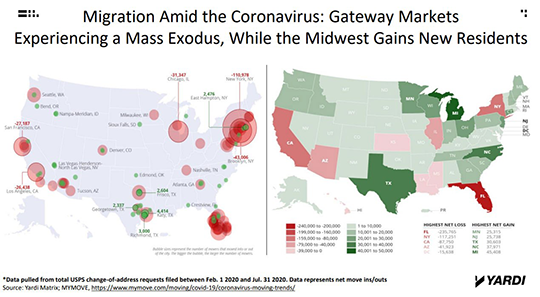 “This isn’t something I see changing anytime soon,” Zach says. The ‘work from home’ (WFH) revolution is fairly new, but everything that can go digital has gone digital. And the continuation of this trend will keep driving demand for homes, especially those in the suburbs.

“With demand so high,” Zach says, “you might be thinking that it will be tougher for people to buy homes since rising demand has translated into higher prices.”

Which leads to the third trend influencing the housing boom…

“In March, the Federal Reserve cut interest rates to safeguard our economy,” says Zach. “It also sent a buy signal to those contemplating homeownership.

“And that’s what really matters when it comes to buying — especially to a generation that has rented for years.

“Low interest rates alone wouldn’t have sparked the surge in the housing market we’re seeing now,” says Zach. “But the combination of the three — a millennial demographic shift, migration to the suburbs and affordable monthly payments — created the perfect recipe for the industry’s success.

“Homebuilding companies in particular have been capitalizing since the supply of homes isn’t keeping up with demand,” says Zach. “It’s a situation that’s shaping up for big profits.”

And earlier this week, acclaimed investor Ray Dalio reinforced Zach’s theme: “At a sector level,” he said, “housing is an area that has plenty of potential after a decade of supply contraction, near-zero mortgage rates, extra money for down payments sitting in bank accounts and an incrementally higher need/desire/capability to work from home.”

For no-fuss entry to the sector? Two ETFs: SPDR S&P Homebuilders ETF (XHB) or iShares US Home Construction ETF (ITB). Their performances are nearly identical, and shares are affordable. However, XHB has a slightly lower management expense ratio.

For the last trading day of February, we circle back to the market, where the Dow’s down 230 points to 31,170…

For the major economic number of the day, the Bureau of Economic Analysis (BEA) reports personal income increased 10% in January (analysts expected 9.5%).

Not surprising: “The increase in personal income in January was more than accounted for by an increase in government social benefits to persons as payments were made to individuals from federal COVID-19 pandemic response programs,” the BEA says.

The Fed’s preferred measure of inflation, “core PCE” — which strips out erratic food and energy costs — sits at 1.5%, up 0.3% from December’s reading. Inflation is ticking up, but the Fed’s still not achieved their elusive 2% target…

“And while prices have quickly come down to Earth, that doesn’t mean we won’t see pot stock prices move higher from here… and not from social media hype! Fundamentally, the legal pot market just keeps getting stronger… and it’s still just getting started.

“Canada, the most mature pot region in the world, keeps growing sales at an accelerated pace. Sales in the country more than doubled last year over 2019. What’s more, January sales have come in much stronger than last December’s.”

“It’s those growth numbers that are driving cannabis stocks to new highs this year,” says Ray.

“In the meantime, at the federal level, a push to legalize is on,” he continues. “Democrat senators are promising to legalize this year, with Majority Leader Chuck Schumer making it a priority and merging various cannabis reform bills.

“Legalizing will help cannabis companies enjoy tax benefits other industries do, such as paying taxes on net income rather than gross profit. That means higher profits to come even from existing operations.

“As Anna Paglia, head of ETFs and indexed strategies at Invesco, told CNBC: ‘The combination of supportive policy changes and technological advancements should continue to fuel the [ETF] space.’”

Furthermore, the International Energy Agency’s fifth annual report says: “The energy industry that emerges from the COVID-19 crisis will be significantly different from the one that came before.”

Nomi says: “The IEA believes that the implications will differ among… countries, depending on the threshold of their focus in the sustainable energy arena.

“There’s reason to believe that the political and financial stars will align [in the U.S.],” she says. “We have a Democratic Senate that will likely support at least a large portion of President Biden’s $2 trillion infrastructure and green energy plan.”

Notwithstanding, “investment opportunities are not simply contingent on politics, even if national funding will be abundant,” Nomi says. “That’s because the global trend is clearly in the direction of economic advancement throughout the green space.

“The future of energy and infrastructure happens to be green, regardless of what the climate does,” she says. “Money will find its way to this space and will present numerous opportunities in the coming months and years.”

So regardless of any personal skepticism, there’s money to be made on the inevitable “green” wave. Keep that in mind when you read the following…

“I am a physicist who has worked in the energy sector,” a contributor says, sounding off on a hot topic this week at The 5.

“I understand, at a very fundamental level, all types of power generation, including their pluses and minuses.

“I have covered and studied thorium molten-salt reactors, potential fusion reactors and all forms of traditional nuclear power and nuclear waste.

“People who say nuclear is a problem suffer from a lack of knowledge of the efficiencies of various other types of power generation.

“This kind of shallow understanding has led to the incredibly naive belief in so-called ‘green energy,’” he continues. “Bogus types of energy (solar, wind and biomass) are terribly inefficient in so many ways that many books have been, or could be, written on their frightful shortcomings.

“There is NO QUESTION that nuclear, fossil fuel and hydroelectric generation is THE ONLY SAFE, RELIABLE 24/7 source of power for our modern world. AND it is the cheapest and most efficient form as well.

“The skewing of energy generation by people who politicize and distort the true message of fact-based science only corrupts our atmosphere, water and land. They pitch the complete folly of EVs and CO2 nonsense that reeks of pseudoscience and quackery.”

The 5: Thanks to our readers this week for opinions on topics ranging from Texas’ energy debacle to the merits/demerits of nuclear power. We like to believe — for good reason — we have some of the most informed readers in the biz.

Enjoy your weekend and we’ll be back Monday…