We wind down more than a week’s worth of tales from the annals of economic warfare with some comic relief.

As we mentioned in passing earlier this month, the nation of El Salvador plans to adopt Bitcoin as an official currency alongside its current one — the U.S. dollar.

The move is the brainchild of El Salvador’s president, Nayib Bukele. He believes it would help Salvadorans abroad when they send money home… and open up financial services to the 70% of his people who have no bank account.

To make it happen, though, Bukele needs outside help with logistical issues — payment processing and so on. For that help, he turned to… the World Bank.

You can just imagine the World Bank’s reply: Why OF COURSE, we’d be DELIGHTED to help your plucky little country diversify out of the world’s reserve currency, the currency issued by the superpower that calls the shots here at our organization. HOW CAN WE HELP?

The World Bank’s actual response was described by a spokesman to the Reuters newswire thus: “While the government did approach us for assistance on Bitcoin, this is not something the World Bank can support given the environmental and transparency shortcomings.”

The part about “WTF was this dude thinking?” was merely implied. 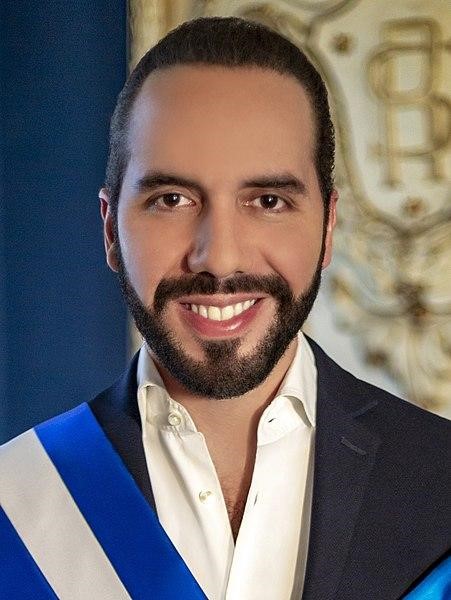 Chuckle as we might at this turn of events, there’s a dark side. Really, if Bukele’s Bitcoin gambit makes any headway at all, he’s at risk of Team Biden deciding to regime-change his ass.

That’s right, we’re talking about the most hardcore kind of economic warfare — the kind that brought down Libya’s Muammar Gaddafi. And before that, Iraq’s Saddam Hussein.

Coincidentally or not… the Obama administration started spinning wild stories of human-rights atrocities in Libya shortly after Gaddafi made noises about a “gold dinar” — a single currency for African and Muslim countries.

French President Nicolas Sarkozy was appalled at the prospect — as we learned in 2016 from a trove of Hillary Clinton’s emails during her time as secretary of state.

France still wielded a lot of might in its former African colonies via a currency called the “CFA franc.” A gold dinar, backed by Libya’s 143-ton stash of metal, would undermine that influence.

Sarkozy happened to be the European leader screaming loudest for a Libyan regime change operation — which NATO duly carried out in 2011. Within months, Gaddafi met his ignominious end at the hands of a mob — sodomized with a bayonet and shot to death by a roadside. (Hillary: “We came, we saw, he died.” [Laughter])

Mission accomplished. The facts that Gaddafi’s demise opened the door to 1) legions of hardcore jihadis flooding into the Middle East and West Africa to stir up trouble… 2) legions of refugees crossing the Mediterranean to Europe… 3) legions of black African migrant workers being sold into slavery… well, that’s just collateral damage from Western economic warfare, isn’t it?

And then there’s what might be the “real reason” for the Iraq War starting in 2003.

To this day, you’ll encounter internet theories that the genesis for regime change in Iraq was Saddam Hussein’s announcement in late 2000 that he wanted payment for his country’s oil in euros — not dollars.

Perhaps. But a more plausible economic-warfare thesis comes from the oil industry journalist James Norman in his 2009 book The Oil Card.

“Clearly, from the viewpoint of U.S. defense planners,” Norman wrote, “Chinese inroads with Saddam were seen as eventually creating a client-state relationship… Therein was cause for severe heartburn. Saddam had crossed the line.”

The embargo was set to expire in late 2003. “That would allow the unrestricted development and sales of Iraq crude,” Norman explained. “It would also mean a surge of Chinese ‘oil field workers,’ who could effectively garrison al-Ahdab, Halfaya and other key Iraq oil fields. Once ensconced… they might never be removed without provoking direct military conflict between the U.S. and China.”

Months before the embargo’s expiration, the U.S. — er, “coalition of the willing” — invasion was underway.

“Nation-states behave with logics, moralities and imperatives all their own. Who can know them?” Norman wrote toward the end of his book.

“When these elephants rage, we pygmies are trampled. It pays to know when to get out of the way.”

Actually, you’re not as helpless as Mr. Norman suggested.

As we’ve mentioned for several days now, our own Jim Rickards — himself the author of several eye-opening books about how the economy and the markets really work — has developed a first-of-its-kind trading strategy.

The COBRA system, as he calls it, allows “pygmies” like you to skim impressive profits off the $6.6 trillion that changes hands daily as nations around the world wage economic warfare.

What kind of profit potential are we looking at? We’re talking about average gains of 160% every 45 days.

Jim’s “war room” briefing went live less than 48 hours ago… and it’s coming offline this Sunday at midnight. Give it a look right now. You can always come back to the rest of today’s 5 later. 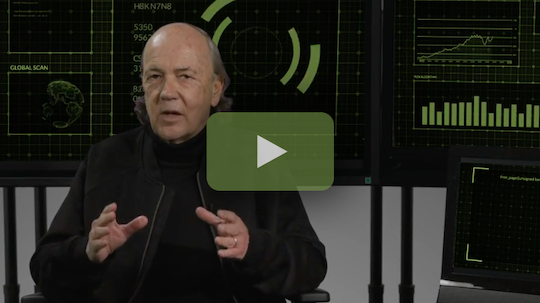 Whether it’s a continuation of “post-Fed letdown”… or perhaps a knock-on effect of a “quadruple witching” Friday… the major U.S. stock indexes are sinking well into the red today.

Perhaps it’s the lingering effects of the Fed’s unexpectedly hawkish squawking. We unpacked that in yesterday’s market notes, although we missed this pithy tweet capturing the essence of the overreaction…

… but the sell-off might also be a quadruple-witching thing.

This is one of four days each year when four types of derivative contracts expire all at once — stock futures, stock options, index futures and index options. Long story short, weird things can and do happen. Don’t take today’s stock-market action as a harbinger of anything next week and beyond.

Meanwhile, gold is trying to peel itself off the floor after two days of pummeling — up three bucks as we write to $1,776. Silver’s faring a bit better, back above $26.

Among the “economically sensitive” commodities, crude and copper are moving in opposite directions. A barrel of West Texas Intermediate is up 85 cents to $71.89; at day’s end, WTI will likely notch its highest weekly close since autumn 2018. But a pound of the red metal is down again to $4.19, lowest since mid-April.

There are times when junk bonds can be a wise investment… but our income specialist Zach Scheidt says now isn’t one of them.

Unfortunately, Zach says those high yields aren’t very high nowadays. “The Fed has kept interest rates so low for such a long time that there’s a true shortage of income-producing bonds.

“And just like in any other area of the economy, when there’s a shortage of something, buyers naturally push prices higher.”

In general, bonds are trading at high prices at this time. “So the risk of these bonds pulling back is overwhelming,” Zach concludes. “And the potential return you can receive when buying at these high prices simply doesn’t justify the risk.

“Until interest rates move higher and until these bonds trade lower, this is an area to avoid.” ‘Nuff said.

So now we know why so many SUVs these days are — well, ugly on the front. The gummint is to blame.

Seriously, check out this 2017 Lexus NX200T here. “Note how the front end comes to a pinched, protruding point,” writes Jason Cammisa at Road & Track, “with all the bodywork below the grille angled to conform to the 28-degree line.” 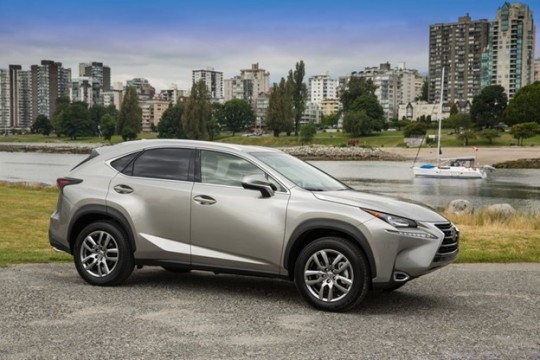 Cammisa is right about its “gawky proportions.” [Lexus photo]

The what line, you wonder? Glad you asked.

“We’re talking about approach angle here. Looking at any vehicle from the side, visualize a straight line beginning at the leading edge of the front tire contact patch, then extend this line forward just steeply enough that it grazes the lowest surfaces of the vehicle.

“That line’s deviation from horizontal, measured in degrees, is the car’s approach angle, the maximum steepness of a ramp that it can approach without making contact with any part of the vehicle.”

We won’t get too deep in the weeds here. Suffice it to say that an approach angle of 28 degrees or greater qualifies an SUV under federal guidelines as a “non-passenger vehicle” — a relic of the days when that designation applied to actual “utility” vehicles used by farmers and ranchers away from streets and roads.

Such vehicles can skirt, at least to some degree, Uncle Sugar’s fuel-economy and safety regulations.

Anyway, now you know. It’s not the automakers imposing their bad esthetics on you. It’s the bureaucrats allegedly looking out for your own good. Figures, right?