“I continually remind gold investors not to get too euphoric when gold rallies [or] too depressed when the dollar price retreats,” says our macro expert Jim Rickards.

“The dollar price of gold is volatile,” he says, “but there’s no reason why your investment outlook needs to be volatile too.

“Gold is still the best form of money and proves valuable to investors over time,” Jim confirms. “This is true whether inflation or deflation prevails.

“The key for investors is to stay focused on the long-term attributes of gold and not get caught up in day-to-day price moves.”

So over the next three days at The 5, we give Jim the floor to explain three models used to calculate gold’s price…

“The monetary model begins with a simple question: What is the implied non-deflationary price of gold under a new gold standard?”

Jim concedes: “No central banker in the world wants a gold standard… It took about 60 years from 1914–1974 to drive gold out of the monetary system.

“Still, what if they have no choice?” Jim asks. “What if confidence in command currencies collapses due to some combination of…

“In the case of a new financial crisis,” he says, “central bankers may return to gold not because they want to, but because they must in order to restore order to the global monetary system.”

Under this scenario, then: “What is the new dollar price of gold [if] dollars are freely exchangeable for gold at a fixed price?

“The question is easy to answer,” Jim says, “subject to a few [variables].

“Global M1 money supply (including the U.S., ECB, Bank of Japan and People’s Bank of China, which comprise 64% of global GDP) is $50 trillion,” he says. “The total amount of official gold in the world [held by central banks] is approximately 35,000 metric tonnes.

“Based on some historical examples” — including “the Federal Reserve from its creation to the end of the gold cover requirement in 1968 — a 40% ratio of bullion to money supply is sufficient.

“If you apply the $20 trillion valuation to 35,000 metric tonnes, [that] yields a price of $17,775 per troy ounce of gold,” says Jim. “That’s the implied non-deflationary equilibrium price of gold in a new global gold standard,” he concludes.

“Of course, money supplies fluctuate; lately they’ve been going up sharply, especially in the U.S.,” Jim says. “There’s even room for debate about whether a 40% backing ratio is too high or too low.

“Still, our assumptions are moderate based on monetary economics and history,” he says. Adding, “I have frequently forecast that gold will reach $15,000 per ounce by 2025 or sooner.”

Under the monetary model: “A dollar price of gold of $15,000 per ounce in a new gold standard is not a stretch.”

[Ed. note: If you’re concerned about the future — and the future of money (especially including your own)…

You really need to see this blockbuster briefing. It contains information that’s vital to your financial health moving forward.

So if you missed Jim Rickards’ briefing last week, you’ve got a rare second chance to view it now.

But we’re only keeping it live for a very short time… Watch this special profit briefing today.]

Our Alan Knuckman says: “If you’ve been paying even a little attention to market news lately, I’m sure you’ve seen them come up… ‘meme stocks’!” Or “meme stonks” as typically millennial Robinhoodies prefer…

“Whether [it’s]… GME, AMC or one of the other stocks that Reddit trading bros sent higher, they tend to always be heavily shorted stocks,” Alan says.

“These short-squeeze stocks have been oversold and beaten down but are building a nice support base to bounce off of. And those shorts have to be called sooner or later…

“If an oversold stock is seeing lower lows and lower highs in volatility, then chances are it might be worth a closer look.

“There are generally two rules that [traders] follow when looking for short- squeeze stocks,” Alan continues:

“So if you’re someone on the hunt for short-squeeze opportunities,” Alan says, “try to keep those rules in mind.

“One [stock] I think is interesting right now is Tootsie Roll Industries Inc. (TR). It’s been stuck between $30 and $35 for about a year now.

“In January, the trading bro crowd [pumped] TR over $40 while the meme stock mania was going on, and with the heavy interest in short-squeeze stocks, there’s always the possibility of that happening again.

“Anything can happen in the market,” Alan iterates. “But as I’m sure you’re aware, playing these shorted stocks carries a fair amount of risk. They are definitely fun to watch,” he says, “but if you do decide to trade them, make sure you’re exercising caution.” Word…

It’s the Nasdaq’s day in the sun: up 100 points to a record-setting 14,470. “Tech stocks led in early trading,” says CNBC, “with shares of Apple, Amazon and Salesforce rising more than 1%.”

On the flip side, the Big Board’s surrendered 200 points today, weighed down by aerospace giant Boeing — shares are down 3% today. As for the S&P 500, the index is sorta stuck in neutral at 4,280.

Here’s something worth keeping an eye on: “Thousands of members of the Canada Border Services Agency are in the midst of voting on whether to authorize a strike,” says trade publication FreightWaves.

“Something that could roil the movement of billions of dollars of goods via its border with the U.S., airports and shipping ports. Nowhere more acutely than the Port of Vancouver.”

Since June 16, in fact, about 9,000 CBSA employees — represented by the Public Service Alliance of Canada’s Customs and Immigration Union — have been voting on strikes across Canada. With the final vote taking place in Ottawa today. (No word on results yet; we should have an update tomorrow.)

“We will be very strategic,” says union President Jean-Pierre Fortin. “We don’t need to have a shutdown of all the ports of entry to have an effect.”

According to FreightWaves: “The stakes couldn’t be higher. Canada’s supply chains have already been under strain from the unprecedented volatility and surge in demand for consumer products because of the COVID-19 pandemic.”

And stating the obvious, CEO Graham Robins of Vancouver’s A&A Customs Brokers says: “This would be a really bad time for them to go on strike.”

“On the subject of chips,” says our tech expert Ray Blanco, “the shortage of silicon remains an ongoing issue that affects many industries.

“A recent report shows that finished chips are taking longer and longer to deliver.” It was a full 18 weeks out as of May.

“It’s worse for some chips than others,” Ray continues. “Ones used to regulate power are taking nearly half a year to deliver at this point. Since these chips are used in just about any electronic product, the impact is broadly felt.

“Chipmakers are scrambling to bring new capacity online. Automotive component supplier Bosch recently opened a $1.57 billion plant in Dresden.” The rub? “The 65-nanometer manufacturing process, however, is so out of date, it makes me wonder what the point might be,” says Ray. “This process node was cutting edge in 2005, more than 16 years ago.”

Many chipmakers expect chip shortages for several more years. Global Foundries, for example, predicts supply chains will open up in 2022. On the other hand, “Intel thinks the situation will linger until 2023,” Ray notes.

“One thing, though: With tech set to grow at a huge rate this decade, the longer-term demand for advanced chips will remain for years to come,” he says. “This is of course a great environment for chipmakers and equipment suppliers.

Ever wondered what outer space smells like? Us neither, but…

Last July, a Kickstarter campaign launched, eventually raising a half million dollars to bottle the smell of space. 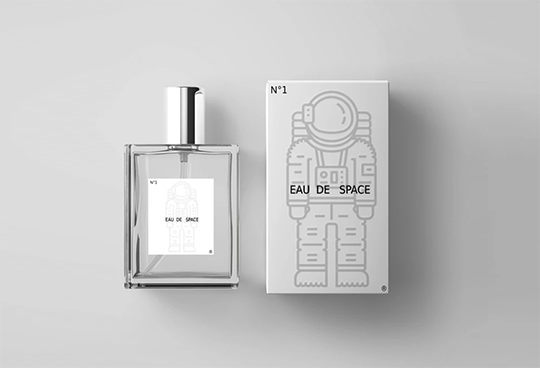 According to the company’s website, NASA uses particular scents to acclimate astronauts to the bouquet they’ll encounter in the “final frontier.” With some “determination, grit, a lot of luck and a couple of Freedom of Information Act (FOIA) requests,” the company says, they were able to extract the right Earth-bound scents to approximate space.

A review on their website says a bottle of Eau de Space — which can be yours for $49 — expresses “a rather pleasant metallic sensation… [like] … sweet-smelling welding fumes, burning metal, a distinct odor of ozone, an acrid smell, walnuts and brake pads, gunpowder, fruit, rum and even burnt almond cookie.”

All over the map then — or galaxy, as it were. But if you don’t want to smell like brake pads, there’s always Eau de Luna, “The Smell of the Moon,” with strong notes of gunpowder…

A reader claims federal stimulus money actually did go to people who needed it for “rent, food, the basics”…

“Except at least some of those who ‘needed’ the money didn’t spend it on rent,” he writes, “since the government decided renters didn’t have to pay… if they didn’t want to (note: not need to).

“I have a friend living in an apartment. He tells me people are leaving [his apartment building] in droves, but he can’t find a house to buy anywhere near what he considers reasonable.

“In talking with those leaving, they tell him they hadn’t paid their rent for the 10-plus months since it wasn’t required. So they have a nice down payment now. My friend, however, paid rent and doesn’t have much of a down payment.

“Possibly, the owner/REIT/corporation could attempt to sue to get the back rent, but I expect that isn’t going to be allowed to happen. Rent wasn’t ‘forgiven,’ but renters weren’t required to pay ‘due to COVID.’

“Yes, they did have to pay for food, but probably not much in the way of taxes; plus, if they didn’t muck it up, they had another $300–600 per week in unemployment. No wonder there isn’t much real estate available…

“Oh, and that extra money they received, since it didn’t go to rent, odds are they used it to pay down debt… that they weren’t allowed to skip out on.”

The 5: Hmm… So, our reader posits renters who legally skipped monthly payments — perhaps federal student loan payments too — stacked up down payments to buy homes. (And they paid down consumer debt in the process.)
[Lessee… According to Statista, the average U.S. apartment rent in 2021 is $1,124. And as of June this year, the average monthly student loan payment is $393, according to Education Data.

If a renter saved those amounts for, say, one year, he would have $18,204 toward a down payment. Nice. But for our honest friend who continued to pay his rent… it seems no good deed goes unpunished. Ugh.]

But mortgage underwriters will most certainly notice a lapse in employment history (if that’s the case) plus the interval of rent non-payments, right?