“Waiting for the Last Dance”

“Bubbles are unbelievably easy to see; it’s knowing when the bust will come that is trickier,” investing legend Jeremy Grantham tells Reuters.

We’ve been following Mr. Grantham’s media coverage all year since he’s one of the few people who’s rightly “called the top” of one bull market after another. And in early January, he gave fair warning of a coming bust in a letter to investors at his asset management firm GMO.

Appropriately enough, the letter was titled: “Waiting for the Last Dance.”

Upon its release, Mr. Grantham says: “I got a lot of pushback. Waves of Bitcoin freaks attacked me in every way possible. They said my ears were too big, and that I needed to be locked up in an old-folks home.”

Oy… This to the guy who abandoned Japanese stocks just before they crashed in 1990, and then anticipated the dot-com catastrophe a decade later. Not to mention he was among the lone voices — along with our own firm — who said the mid-aughts housing bubble would come to a disastrous end.

So about that last dance…

“Markets peak when… a near-perfect economy is extrapolated into the indefinite future,” Grantham says.

Granted, the pandemic has disabused some people of this notion, but hasn’t the Federal Reserve perpetuated just such a market fiction with its ever-expanding balance sheet… while artificially propping up the market? (To wit, the Fed’s unprecedented — probably illegal — decision to buy corporate bonds last year.)

And haven’t the media played up the whole “recovery narrative”?

“But around the corner are lurking serious issues like interest rates, inflation, labor and commodity prices,” Grantham says. “All of those are beginning to look less optimistic….”

“My favorite metric is price-to-sales,” he continues. “What you find is that even the cheapest parts of the market are way more expensive than in 2000.”

That’s just one inauspicious sign… What really keeps Grantham awake at night? “What pricks the bubble could be a virus problem, it could be an inflation problem or it could be the most important category of all, which is everything else that is unexpected.

“One of 20 different things that you haven’t even thought of will come out of the woodwork, and you had no idea it was even there.”

Grantham says: “There will be an enormous negative wealth effect, broader than it has ever been, compared to any other previous bubble breaking.

“It’s the first time we have bubbled in so many different areas – interest rates, stocks, housing, non-energy commodities,” he says. “On the way up, it gave us all a positive wealth effect, and on the way down it will retract, painfully.”

The “good” news? “A bust might take a few more months, and in fact, I hope it does, because it will give us the opportunity to warn more people,” says Grantham.

“The stimulus, the economic recovery and vaccinations have all allowed this thing to go on a few months longer than I would have initially guessed,” he says. “The probabilities are that this will go into the fall.”

With that in mind, you can do something today to prepare for when the bubble bursts. With as little as maybe 1% of your holdings — we’re talking $500 of a $50,000 portfolio — you can take out a “disaster insurance” policy that could make you up to 40 times your money in a worst-case scenario.

Just one simple move buys you peace of mind… We’re talking about following the “disaster insurance” template we’ve recommended to readers of The Profit Wire. Our managing editor Dave Gonigam walks you through the ins and outs of how it works right here.

“Was the Afghanistan War a failure?” The Intercept asks. “Not for the top five defense contractors and their shareholders.”

If you evenly invested $10,000 among Boeing, Raytheon, Lockheed Martin, Northrop Grumman and General Dynamics on Sept. 18, 2001 — the day George W. signed the Authorization for Use of Military Force — plus reinvested all dividends, you would have accrued $97,295 as of Aug. 15, 2021.

“That is, defense stocks outperformed the stock market overall by 58% during the Afghanistan War.” And among the basket of five defense stocks, Lockheed Martin saw the greatest total return over that same time period: 1,235.60%.

The article concludes: “From the perspective of some of the most powerful people in the U.S., [the war] may have been an extraordinary success.”

“All of the major averages are solidly green,” says our market analyst Greg Guenthner, “but it’s been a crazy week!”

“Meanwhile, oil remains in free fall,” says Greg. “Crude is down another 1.2% this morning and hurtling toward its May lows.” At the time of writing, oil stands at $62.90 for a barrel of West Texas crude.

For the record: “The $469.8 billion pension fund” — CalPERS — “has been without a permanent CIO for a year following the resignation of Ben Meng,” says website Top 1000 Funds.

Meng lasted all of 18 months as investment chief at CalPERS, the largest U.S. pension fund for the benefit of California state government workers, before he “got quit” almost exactly one year ago.

It wasn’t as if Meng’s performance was knocking anyone’s socks off: CalPERS earned 4.7% on its investments during the year ending June 30, 2020 — a wee bit shy of its 7% target.

So what’s the CalPERS board looking for in a potential CIO candidate? “Hands-on investment experience overseeing a large… investment program, AUM with layers of complexity that targets a 7% rate of return, leadership skills and ease under the media spotlight and monthly board scrutiny plus the ability to commit for at least five years,” the website says.

“The role of CalPERS’ next CIO isn’t for the faint-hearted.” Although… Meng isn’t such a tough act to follow.

On the supply-chain beat, trucking company Werner has filed for temporary CDL licenses to employ new truckers… and get them on highways faster.

“In an application filed with the Federal Motor Carrier Safety Administration in July, the Omaha, Nebraska-based truckload carrier asserted current federal regulations are keeping it from immediately employing new drivers because drivers are no longer issued a temporary CDL after passing the CDL skills test,” says trade publication FreightWaves.

“Werner Enterprises is banking on a commercial learner’s permit (CPL) exemption not only to boost operational productivity but to help the company get its drivers employed faster.”

Alleviating what the company calls “an historic driver shortage.”

On the supply-chain shortage beat, Volkswagen and Toyota are the most recent automakers to forewarn consumers about production cuts.

“German car manufacturer Volkswagen said a semiconductor supply crunch could force it to slow production lines during the autumn, adding to cuts that have been in place since February,” says an article at The Guardian.

“We currently expect supply of chips in the third quarter to be very volatile and tight,” said Volkswagen, the second-largest carmaker after Toyota. Speaking of: “Japanese firm Toyota also reported that it would slash output by 40% in September,” the article says.

The upshot? “New car prices have begun to rise in response to the limited supplies of cars, but the most noticeable impact has been on the secondhand car market, where prices have jumped by 14% year on year in the U.K. and more than 40% in the U.S.”

“Apple is censoring words and phrases customers can engrave on products in China, Hong Kong and Taiwan,” The Verge reports.

“Much of this censorship exceeds Apple’s legal obligations in Hong Kong, and we are aware of no legal justification for the political censorship of content in Taiwan.” 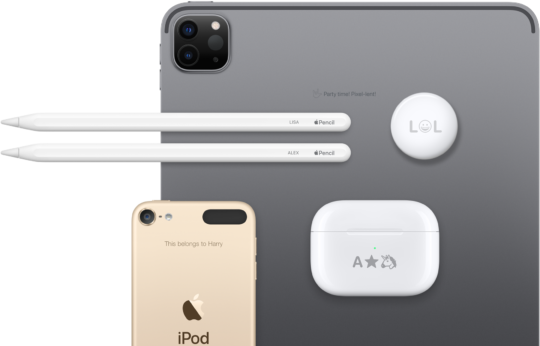 The Verge continues: “While no political phrases are filtered in the U.S., Canada or Japan, nearly half of all blocked keywords in China and Hong Kong were political in nature.”

Apple’s staying mum on which words run afoul of its engraving algorithm, but The Citizen Lab claims the company bans over 1,000 words in China, more than 500 in Hong Kong and nearly 400 in Taiwan. As opposed to 170 banned words in the U.S.

Hmm… We suppose the U.S. government isn’t the only entity leaning on Big Tech — whether explicitly or implicitly — to censor citizens.

Take care, enjoy your weekend… and read how Biden’s tax proposals will affect you in Saturday’s issue of The 5.

P.S. If we really are on the brink of the market correction Jeremy Grantham predicts, how certain are you that you’ll avoid the impulse to “sell”… missing out on the gains that follow once the market recovers and moves on to new heights?

It takes discipline. And that discipline comes a lot easier if you’ve laid on a “disaster insurance” trade with a small portion of your portfolio. It’s the kind of trade that helps you rest easy while everyone around you freaks out with every scary new headline.

With the help of our floor-trading veteran Alan Knuckman — who’s putting his own money on the line with this trade — Dave shows you how it works when you follow this link.