The Race to $5 Trillion (Bitcoin)

On Monday, scruffy Green Bay QB Aaron Rodgers announced via Twitter he’d be collecting a portion of his salary in Bitcoin, made possible by Square’s Cash App. He also tweeted: “To make Bitcoin more accessible to my fans I’m giving out a total of $1M in btc now too…

“Bitcoin to the moon!” Rodgers crowed. After which, Cash App users who signed up via Twitter received their share of the Bitcoin largesse… many in denominations worth $10 and $100. (Not exactly moonshot levels, but OK.) 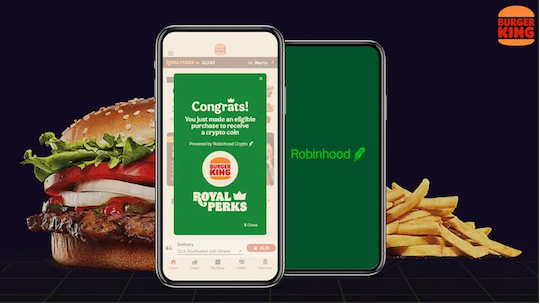 The “Home of the Whopper” is partnering with Robinhood to run its “Royal Perks” promotion through Nov. 21. Participants have a chance to win “one coin from a pool of 20 Bitcoin, 200 Ethereum and 2 million Dogecoin,” Fox Business says.

“Bitcoin is projected to be among the top five strongest-performing investments by 2024,” says Business Insider, “with an estimated market value of over $5 trillion, according to a study by Forex Suggest.

“If it happens to top that mark, its market capitalization would surpass that of tech giants Microsoft, Amazon and Alphabet by over a trillion dollars.” (Emphasis ours.)

Of course, our acclaimed futurist George Gilder is enthusiastic about all that’s happening in the crypto space; he even suggests in “five–10 years, all global money will migrate to the secure ledger.”

In fact, he suggests “blockchain is the new gold,” ultimately protecting wealth from “dual hacks” — from your garden-variety internet hackers and central bankers.

Accordingly, George has been investigating the merits of Bitcoin since 2014 — when it was priced at just $571. Now he’s going on record, extolling cryptos based on the “immutable” blockchain that will be more “transactional” than Bitcoin. Find out for yourself: Is there life after Bitcoin?

Looking in on commodities, the price of crude plunged 3.5% to a nickel under $81 for a barrel of WTI — this after the Energy Information Administration reported U.S. oil inventories growing 3.3 million barrels for the week ending Oct. 29.

For some market context, Fed Chair Jerome Powell will hold a news conference at 2 p.m. (EST) to summarize the FOMC meeting. More on that tomorrow…

“Avis (CAR) set the market ablaze yesterday, gaining as much as 200% before getting halted for volatility and settling into a ‘modest’ 108% gain by the end of the day.

“Yep, it was a huge post-earnings squeeze,” he says. “More than 20% of CAR’s float was sold short as of yesterday.”

CAR joined other meme stocks: AMC, BBBY, GME… all up Tuesday. “But please, please, please exercise caution if you’re thinking about going after any of these stocks,” says Greg. “I would consider most of them lotto tickets and day trades only!”

From the “Problems We Hadn’t Started Worrying About Yet” department: The EV boom might create new cybersecurity hazards.

If Team Biden pushes its “green” agenda through, by 2030, the U.S. will have 500,000 new public charging stations — in addition to the 43,000 today. And most of these stations will have some form of internet connectivity.

“Denial of service, and service attacks — that’s going to be No. 1,” says Jeff Hutchins of EV charging company EOS Linx. “But No. 2 is going to be the account hack.”

An even higher-stakes cyberattack?

“In late July, a U.K.–based cybersecurity firm called Pen Test Partners reviewed six home-charging networks, as well as some public charging networks, and found vulnerabilities that could potentially enable a bad actor to manipulate the power grid,” the article notes.

It’s a good thing the up-in-the-air infrastructure bill — with $7.5 billion earmarked for public EV charging stations — requires companies applying for federal funds to prove they’ve done due diligence when it comes to network security. Right? Then again, “at least for now, the U.S. has largely left EV charger security up to the markets.”

Here’s the rub: “The fact that charging stations will soon be critical day-to-day infrastructure means the potential consequences of attacks are significant.”

“[Oil] refining is a capital-intensive business,” says our income specialist Zach Scheidt. “It takes a tremendous amount of capital to build huge refineries capable of turning crude oil into jet fuel, gasoline, asphalt, plastics and any number of other petroleum products.

“The industry has a history of booms and busts,” he continues. “When there is too much capacity (or too many refineries online) and not enough demand, profits are crimped. This inevitably leads to refineries being shuttered, to lower production and, eventually, to equilibrium in the market.

“Then, if demand… spikes, it becomes difficult for refineries to keep up,” Zach says. “That leads to higher prices, fat profit margins and gains for investors in refinery stocks.”

Under normal circumstances, he notes: “I’m not a big fan of holding refinery stocks for the long term.

“But if you time your investment right, you can make a lot of money buying refinery stocks when demand is spiking,” Zach says. “Like as the entire world comes back from a global pandemic…

“A crack spread is basically the amount of profit that a refinery can make from every gallon of gasoline produced. (There are different spreads for different products — including jet fuel, diesel fuel and more.)

“Right now, the price of gasoline is rising fast enough to widen the crack spreads for refiners,” he says. “And that’s driving prices higher, causing stock prices to rise as well.”

Zach’s takeaway? “Crude oil continues to ramp higher and prices at the gasoline pump are hitting multiyear records. And while higher fuel prices may be bad news for the family budget, they’re actually good news for refinery stocks.”

The U.S. Court of Federal Claims ruled against the TSA in a decade-long patent suit. At issue? “The TSA’s system of stackable trays” — in which travelers cram their belongings for inspection — that are “moved across a conveyor belt before being transported back to the beginning of the line,” says an article at Reason. 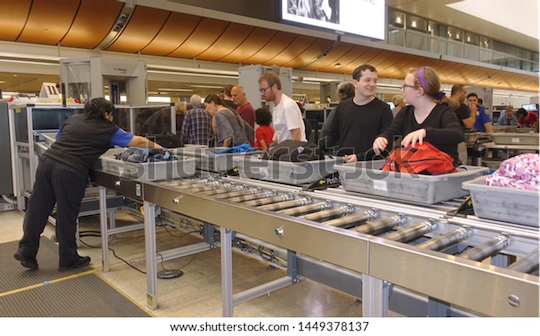 SecurityPoint Holdings claims the TSA infringes on a patent the company filed over 15 years ago. “[The] original design, submitted in 2002 and approved by the U.S. Patent and Trademark Office in 2005, was titled ‘advertising trays for security screening.’”

So the federal court ultimately sided with SecurityPoint Holdings and ordered the TSA to pay $100 million over the bins used during security checks. (Taxpayers will pick up the tab, by the way.)

Question: Why hasn’t Rubbermaid gotten in on the action? With a patent so broad, why not?

“Nobody I’ve heard has actually explained it: corporations will pay a 15% tax,” writes a reader regarding GloboTax.

“A lot of the tax loopholes work to lower your sales number or increase your expense number, by my understanding. Hence Amazon makes no money, so taxing the bottom line wouldn’t work, but 15% of Amazon’s sales? Means prices on everything Amazon sells will need to go up about 16.5% to pay for the tax (since the upper line goes up, it has to be more than 15% to pay taxes on the new sales).

“Talk about instant inflation, but then again, I doubt the tax works that way.”

The 5: The devil’s in the details, right?

First, up GloboTax. “The 15% global minimum tax the U.S. has been pushing in international negotiations… is focused on U.S. companies’ foreign income and would require them to pay at least 15% in each foreign country where they operate,” says The Wall Street Journal. “[It’s] also likely to be included in the Democrats’ tax-and-spending bill.”

Then there’s the Dems’ plan to impose a 15% minimum corporate tax on “declared income of large corporations,” says CNBC. “The tax would apply only to companies that publicly report more than $1 billion in profits annually for a three-year period.”

According to the press release, the proposal would also: “[Preserve] the value of business credits — including R&D, clean energy and housing tax credits — and include some flexibilities for companies to carry forward losses, utilize foreign tax credits and claim a minimum tax credit against regular tax in future years.”