Chris gets it: “People are worried,” he says. “The Fed signaled it would begin tightening monetary policy. This is usually bad news for riskier assets like crypto.”

Then there’s Kazakhstan: With a population around 19 million people — sandwiched between Russia and China — it’s “a leading Bitcoin miner,” says Chris, “second only to the United States.” 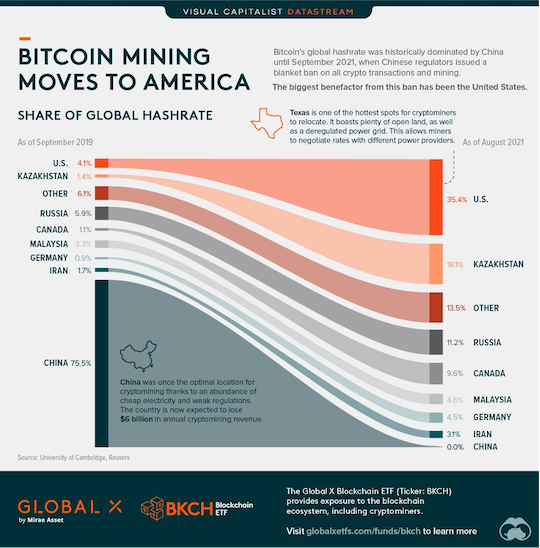 But with social unrest flaring, Kazakh officials forced a five-day internet blackout, which ended just yesterday. “Bitcoin mining dropped 14%,” says Chris. “Could the Bitcoin price follow and drop more?” he reiterates. “Could it go all the way down to $30,000? Lower?!

“If you, like me, believe demand for BTC will grow in the coming years,” Chris says, “a lower Bitcoin price in the short term is a good thing.

“We said the same thing after Bitcoin and Ethereum crashed from their all-time highs in 2018. While everyone else said crypto was dead, James and I predicted demand would continue to grow.

“By the way, around the same time, James also publicly predicted a country would adopt Bitcoin in the coming years. (People laughed.)

“When El Salvador did exactly that last year, James said there would be more countries to follow.” On New Year’s Day, El Salvador President Nayib Bukele (a total Bitcoin bro) forecast two more countries would adopt the digital currency in 2022.

“Sure, Bukele is biased,” says Chris, “and maybe James and I are biased, too. But we have our reasons to believe crypto is here to stay. And though we’re still bulls on Bitcoin…

“We also believe that a few early-stage cryptos could grow by thousands of percent,” says Chris.

Which is why he and James started Early-Stage Crypto Investor — their flagship cryptocurrency research service. Both Chris and James are convinced investors who are armed with knowledge, patience and conviction will reap the greatest rewards.

A sample of topics Chris and James have covered? On Friday, they laid out a simple guide to gaining exposure to cryptos in IRAs and reducing capital gains taxes.

So right now, with crypto gyrating, James and Chris see an opportunity presenting itself to early-stage investors. To find out if their service is the right fit for your portfolio, watch James’ message before it closes on Thursday, Jan. 13, at midnight.

The juice is worth the squeeze, as the saying goes — James gives away his No. 1 crypto recommendation FREE just for watching.

“Something interesting I noticed: Cloud and software stocks are both fighting for green right now,” Greg says. “Could the first stocks that got hit back in November be trying to tell us something?

“The reversal day in the Nasdaq could produce a powerful rally back toward last week’s highs,” he says. 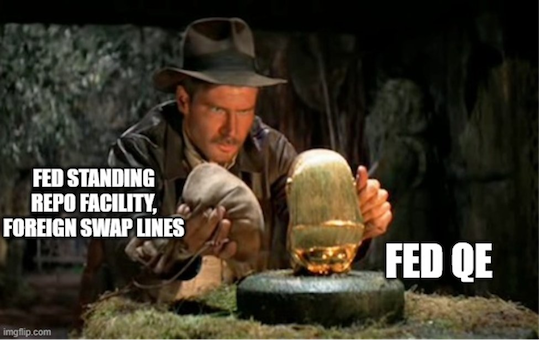 On top of which, we learned yesterday Fed Vice Chair Richard Clarida is bowing out of his position two weeks ahead of schedule.

Another one bites the dust? It appears Clarida is joining discredited Fed presidents Rosengren (Boston) and Kaplan (Dallas) for highly questionable stock trades made early on in the pandemic.

For the economic number of the day, the NFIB Small Business Optimism Index increased nominally in December to 98.9 — up just 0.5 points from November. “Owners remain pessimistic about future economic conditions as this indicator has declined 23 points over the past six months,” NFIB reports.

Quality of labor is still the top concern among small-business owners, cited by 25% of respondents — almost half said they have unfilled job openings — but inflation is right on its heels at 22% while taxes were mentioned by 14% of survey participants.

“Inflation is at the highest level since the 1980s,” says NFIB Chief Economist Bill Dunkelberg, “and is having an overwhelming impact on owners’ ability to manage their businesses.

“Small businesses unfortunately saw a disappointing December jobs report, with staffing issues continuing to impact their ability to be fully productive,” he concludes.

All things considered, the following might come as something of a surprise…

The U.S. weathered the holiday season without too many unfulfilled wish-list items, but that doesn’t mean shipping supply chains are unsnarled. Far from it…

“The offshore traffic jam of containerships is still getting worse,” says trade publisher FreightWaves, “and the volume of inventory on the water (thus unavailable for sale) is still increasing. 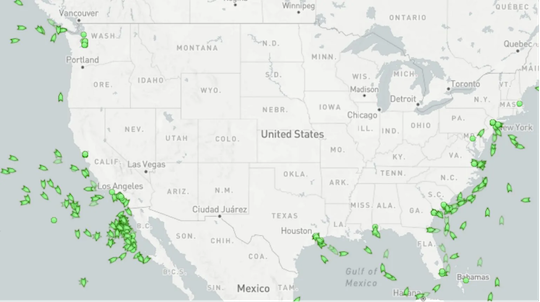 “Concerns are mounting about Omicron-induced dock worker shortages at U.S. terminals, and the number of containerships waiting for berths in Southern California has — yet again — hit a new high.”

According to data from the Marine Exchange of Southern California, as of Jan. 6, 105 containerships were awaiting berths in LA and Long Beach ports. And of those waylaid ships, just 16 were in port waters, meaning within 40 miles of port.

“And 89 were loitering or slow steaming outside the newly designated Safety and Air Quality Zone, which extends 150 miles to the west of the ports and 50 miles to the north and south,” FreightWaves notes, a scheme we highlighted in early December 2021. See that swarm of vessels off the Baja peninsula?

The East Coast is looking congested too — 30 ships were stuck in traffic off Savannah at one point last year — but last count on Friday indicates 11 containerships are stalled at the ports of New York and New Jersey. Now the largest shipping queue on the East Coast…

Our technology expert Ray Blanco says: “After reaching all-time highs early last year, small developmental-stage biotech went on a bad slide.” As for why “2021 was an awful year for biotech,” questions are replete…

Or did investors simply lose appetite for overvalued biotechs with little to no revenue? “The reasons are debatable,” Ray says. “But overall, most of 2021 was one of the worst times for biotech since I’ve been tracking the space.”

“Big Pharma is always looking for a deal,” he says, and for good reason. “Blockbuster drugs are always going off-patent, replaced by much cheaper generics and biosimilars.

“For those reasons and more… when news hits the wires that a bigger pharmaceutical company announces it’s buying a small biotech company for a huge premium,” says Ray, “boom! You can see overnight gains of 50% and even more!”

The trick? “Beating Big Pharma to the punch.” And that’s Ray’s strategy in 2022; he’s on the lookout for “small, quality biotechs that produce big overnight gains.” Stay tuned…

A foraging badger is believed to have unearthed a stockpile of Roman coins. The trove of over 200 coins, dating to the third–fifth centuries, was found close to the animal’s den in Spain’s Asturias municipality. 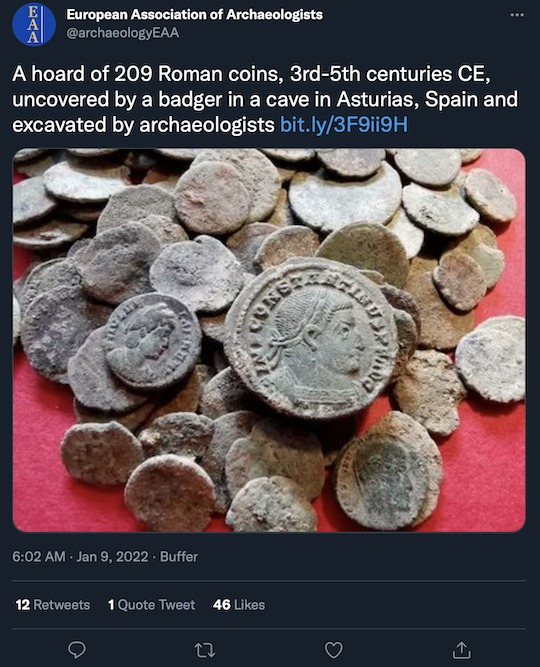 According to archeologists, the coins are believed to have been forged in Constantinople (Turkey) as well as Thessaloniki, Greece. And they’re the largest cache of such coins found in northern Spain to date.

As for the badger: lucky bastard…

You all take care, and we’ll be back with more of The 5 tomorrow.