As goes FedEx, so goes the economy: The Reuters newswire calls FDX “the bellwether of the global economy and the broader logistics sector.”

This one company moves so much stuff around the planet that if FedEx sneezes, the rest of the business world is bound to catch cold sooner or later.

So grab the Kleenex: After the closing bell yesterday afternoon, “FedEx Corp. said its quarterly revenue fell below its expectations and it was closing offices and parking aircraft to offset declining volumes of packages moving around the world,” reports The Wall Street Journal.

Asked by CNBC whether he thinks the economy is “going into a worldwide recession,” CEO Raj Subramaniam said, “I think so. But you know, these numbers, they don’t portend very well.” In particular, he said the consequences of the Chinese government’s zero-COVID obsession are choking off demand “week over week over week.”

“FedEx didn’t say if it was cutting its workforce,” the Journal adds.

[Voice of narrator: It will.]

FedEx’s warning is an ill omen for earnings season, which gets underway about a month from now. Shares of FDX collapsed 23% on the open this morning — and as we write, there’s no sign of a bounce.

And yes, FDX is dragging down the market as a whole; the S&P 500 is set to end the week 6% lower than last Friday’s close. Ouch.

And it’s not just FedEx. Amazon is another straw in the wind.

Over Labor Day weekend, when almost no one was paying attention, Bloomberg reported that Amazon is abandoning plans to build new warehouses and distribution centers — and even closing a few existing ones.

“The canceled construction plans alone will encompass 25 million square feet of space,” says Paradigm Press Group’s Jim Rickards. “These plans are not limited to the U.S. but will affect European operations also.

“Apart from the obvious implications for Amazon’s growth prospects and stock price, these moves are reflective of deeper problems in the U.S. and European economies.”

How things have changed: “During the worst of the pandemic shutdowns in 2020 and 2021, Amazon had robust sales and a soaring stock price,” Jim reminds us.

“If bricks-and-mortar retailers had to shut down, Amazon was open 24/7. If shoppers were afraid to go outside, they could always shop online.

“Amazon may have been immune to the pandemic, but they are not immune to the global economic slowdown that’s going on right now.”

“They affect construction jobs and thousands of suppliers including providers of cement, glass, steel, energy, HVAC systems and much more. The cancellations also eliminate the longer-term jobs for those who would have worked in the distribution centers. Finally, if Amazon is feeling the economic pinch, one can only imagine that the situation is far worse among the brick-and-mortar retail outlets that actually did survive the pandemic.

“Amazon is famous for plowing profits back into its business in the 1990s and early 2000s as it raced for expansion. Now it’s hitting the brakes.

“That may be a smart business move for Amazon. It’s definitely a bad sign for the global economy.”

Amazon… FedEx… who’s next? More likely, nearly everyone will be dragged down. This is why Jim’s been beating the drum ever since the market’s big drop Tuesday for his next online briefing — the “American Death Angel Summit.”

During this event, he’ll give a FREE trade recommendation that could 10X or more as the market crashes.

You won’t know what to do if you don’t take the time to watch. Jim invites you to join him this Sunday at 7:00 p.m. EDT. We do ask that you register in advance, but registration is as simple as entering your email address at this link.

Meanwhile, another Jim Rickards forecast is coming to pass this morning: “The Biden White House has just released its first-ever framework on what crypto regulation in the U.S. should look like,” according to CNBC.

Right on time, too: It’s been six months since Biden signed Executive Order 14067. But CNBC is severely underplaying the impact.

It’s not just about crypto regulation. It’s about the eventual imposition of a CBDC — a central bank digital currency, or as Jim has styled it, “Biden Bucks.”

As Jim’s warned for months, “It sets the stage for legal government surveillance of all U.S. citizens… total control over your bank accounts and purchases… and the ability to silence all dissenting voices for good.”

CNBC’s story doesn’t say a thing about a CBDC until the 13th paragraph. But the statement from the White House puts it in paragraph No. 2: “Consistent with the president’s directive to place the ‘highest urgency’ on research and development of a U.S. central bank digital currency (CBDC), the administration encourages the Federal Reserve to continue its research and experimentation.”

But if you want to see the framework document for yourself, instead of relying on press releases and media reports, here’s what you get… 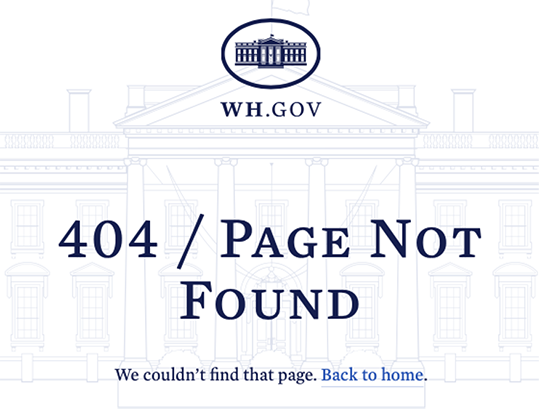 No matter. Jim’s seen the writing on the wall for months. If you haven’t heeded his “Biden Bucks” warning yet, and learned how to insulate yourself from the worst effects… better get up to speed right away.

As mentioned earlier, FedEx’s warning is a drag on the entire stock market today.

Bonds are rallying a bit, the 10-year Treasury yield at 3.44%. Gold is rallying a little too, the bid up to $1,675. But that’s just noise — the crucial support level of $1,680 that chart hounds have been watching for weeks broke yesterday. And like it or not, falling stocks will likely translate to falling gold in the weeks ahead before the Midas metal stages the inevitable recovery.

A glimpse into a dark future? Rumor from Beirut this morning is that the Lebanese government will impose a three-day bank holiday — because too many customers are holding up banks and demanding their own money.

Lebanon has been in nonstop economic meltdown for three years. We mentioned a month ago how a guy walked into a bank and took the staff hostage — threatening to set himself on fire unless he was allowed to withdraw $5,500 of his savings to pay his dad’s medical bills.

“We’re going to keep seeing this happen as long as people have money inside,” says Bassam al-Sheikh Hussein, who carried out that first holdup in August.

Today he was part of a crowd cheering on a man barricaded inside a bank, demanding a portion of his $300,000 in savings. “What do you want them to do? They don’t have another solution,” Hussein tells Reuters. 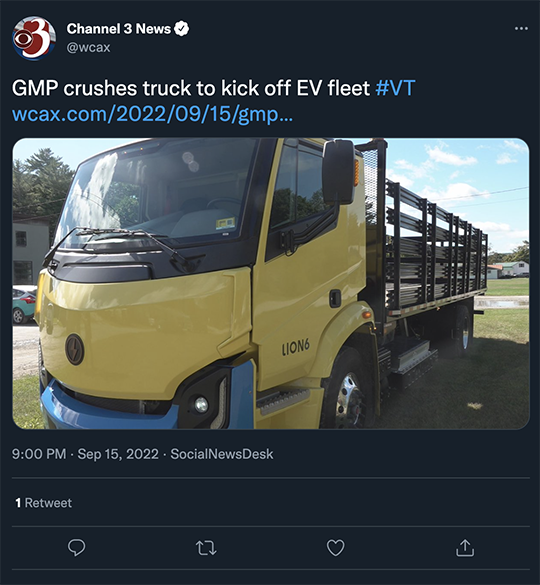 “It’s not every day you see a perfectly good truck get crushed,” reports WCAX-TV, “but that’s what GMP did in Pittsford, all to make a point about cutting carbon emissions in the Green Mountain State and phasing out their fossil-fueled fleet.”

We assume the diesel truck that was destroyed was near the end of its useful life? (If not, and if we were GMP customers, we’d tear up our monthly bill the way folks in Europe are doing right now.)

The electric truck pictured above has the name “Minion” — hmmm — and has an estimated range of 130–200 miles between charges.

GMP is clearly proud of its carbon-reduction efforts: “This is the first big step for us as we work to electrify our entire field fleet,” says GMP’s “head of electrification and sustainability” Tiana Smith.

We give the last word to a commenter at the Fark website, where we found this story: “Of course the excavator with the bucket they used to crush the truck was all electric, right? Right?”

To the mailbag, and some crypto commentary: “Since you spent a bit of time explaining at a high level the difference between proof of stake and proof of work, I would like to add my two cents (or maybe it’s only worth 2 Satoshis)…

“The motivation behind PoW is that it would cost a bad actor more to spoof transactions than to simply solve the math problem to validate one (mining). This disincentivizes bad behavior, as it costs less to be good.

“PoS, on the other hand, reminds me of the original version of security on the internet. As data was being shared, if said data was found to be misused, then the community of users would stop allowing the bad actor to access their data. So it was a peer-pressure system that did not scale at all past a handful of scientists and programmers. Imagine such a system today!

“I feel like PoS is taking the same approach, sacrificing security for ESG pandering.

“And to remind whoever would benefit, the proper comparison of mining electricity cost is not against zero, but against the banking system cryptocurrency would replace. In that comparison, crypto is as green as you could want.

“Thanks for all you do — enjoying The 5 as always!”

The 5: We imagine the “Bitcoin maximalists” would agree with you. But we’re not sure “ESG pandering” is the primary motivation here.

Really, how much crossover is there between the green-energy crowd and the first movers in crypto whose main goal is to “disintermediate” the banks and other financial middlemen?

More likely is that those first movers see what we’re seeing — that we’re headed into a new era of costly energy for years to come. Who can blame them for wanting to keep their electricity usage to a minimum?