Here we go again: At midday today, the Federal Reserve’s Board of Governors is holding a “Meeting Under Expedited Procedures.”

The topic, per the Fed website: ”Review and determination by the Board of Governors of the advance and discount rates to be charged by the Federal Reserve Banks.” An announcement will be posted on the website “following the closed meeting.”

We caution there was a similar meeting with the exact same agenda in mid-February and it turned out to be a nothingburger. But we pass along this heads-up nonetheless as a public service. We’ll follow up tomorrow.

It’s the first business day of October. What event might constitute the “October surprise” for the midterm elections?

As was the case last month, we’ll steer clear of Jim’s specific calls for control of the House and Senate — out of respect for his paying subscribers. (Not one of them yet? You can remedy that here.) But we will revisit his potential “wild cards” that could alter the election outlook and the markets alike.

“Last month,” Jim reminds us, “we listed three wild cards that might scramble the electoral calculus: Trump is criminally indicted; Zelenskyy is overthrown in a coup d’état; and Biden dies in office.

“All three are still possible, although the Trump indictment may be put off until after the midterms… Going before the midterms might energize Republican turnout and backfire on Democrats.”

With that in mind, Jim serves up a real October surprise: “Joe Biden pardons Donald Trump.

“Instead of indicting Trump, Biden might pardon him. That way Democrats can position Trump as a criminal (why else would you need a pardon?) without having actually to prove anything.

“The Mar-a-Lago raid and the steady stream of press leaks are designed to paint Trump as a criminal. The pardon would be positioned as a magnanimous act intended to heal a divided nation. It’s an inverted version of President Ford pardoning Richard Nixon in 1974.”

Outlandish? Maybe. But “it’s a win-win for Democrats since they look like the good guys while Trump runs around with his hair on fire.

“This move could come before the midterms because it is likely to be viewed favorably, even by Republicans who are tired of the never-ending attacks on Trump.”

We reiterate what Jim said last month: “Individual wild cards can have low probabilities of appearing, but if there are enough of them and you give the game enough time, the odds are close to 100% that one of them will appear.”

What to do? “A prudent investor,” Jim advises, “will keep an above-average allocation to cash both to withstand the volatility from the wild cards and to profit from attractive entry points on certain assets while others are losing fortunes.”

[Ed. note: That said, if you wish to step out a little further on the risk curve, Jim has perfected a strategy based on his time working with the CIA — pinpointing stocks set to skyrocket during a down market.

Since launch in late August, this system has already delivered readers a 102% gain on one of the major defense contractors — in less than a week. Follow this link and Jim will show you how the system works.]

To the markets… where the big story is the intention of the OPEC+ countries to keep a floor under the price of crude.

Not that the media are framing it that way. For instance, here’s the Financial Times: “The oil group, which is led by Saudi Arabia and Russia, is expected to discuss a production cut that could total more than 1 million barrels a day” when they meet on Wednesday. That’s about 1% of global supply.

A month ago, when OPEC+ announced a modest 100,000-barrel-a-day cut, we said it sure looked as if the ministers were trying to keep a floor of $90 a barrel under Brent crude — the global pricing benchmark.

Elsewhere, nearly everything is rallying as a new quarter begins — despite scary headlines that may or may not have something to do with the Fed’s “expedited” meeting.

For one thing, the giant Swiss bank Credit Suisse might be running into trouble thanks to complicated derivatives trades.

For another thing, the scare in the British pound and British government bonds isn’t over yet — although the new government under Prime Minister Liz Truss is pulling back on its plans to scrap the top income tax rate of 45%. (Holy moly — America’s top rate is 37% on single filers earning over $539,900. In the U.K., that 45% top rate applies to incomes as low as 150,000 pounds — about $169,000.)

Bonds are rallying alongside stocks, sending yields lower: The yield on a 10-year Treasury note is down to 3.62%.

The big economic number of the day is a downside disappointment: The September ISM Manufacturing Index rings in at 50.9 — down from 52.8 in August. Yes, it’s above the 50 dividing line between a growing factory sector and a shrinking one… but it’s the weakest figure of the entire “pandemic recovery” era.

“You’d think there’d be more bluster and outrage over one of the worst acts of industrial sabotage and environmental disasters in recent memory,” says journalist Max Blumenthal of the White House’s reaction to the attacks on the Nord Stream pipelines.

But no. On Friday, Joe Biden waited until the end of a press availability to issue what Blumenthal calls “a half-hearted nondenial denial.”

“It was a deliberate act of sabotage, and now the Russians are pumping out disinformation and lies,” Biden said.

“And at the appropriate moment when things calm down, we’re going to be sending divers down to find out exactly what happened. We don’t know that yet exactly, but we’re not — just don’t listen to what Putin is saying.”

Secretary of State Antony Blinken, meanwhile, was all but licking his chops — casting the attacks as a “a tremendous opportunity to once and for all remove the dependence on Russian energy.”

No, he wasn’t framing that in a high-minded sort of way. He was straight up about the mercenary angle: “And we’re now the leading supplier of LNG [liquefied natural gas] to Europe to help compensate for any gas or oil that it’s losing as a result of Russia’s aggression against Ukraine.”

Word. The biggest American LNG producer, Cheniere Energy (LNG), traded for $148.95 last Monday before the attacks. This morning? $170.27. (Even if you piled into it Wednesday morning after our mention of Cheniere in last Tuesday’s edition, you’d be sitting on an 8% gain now.) 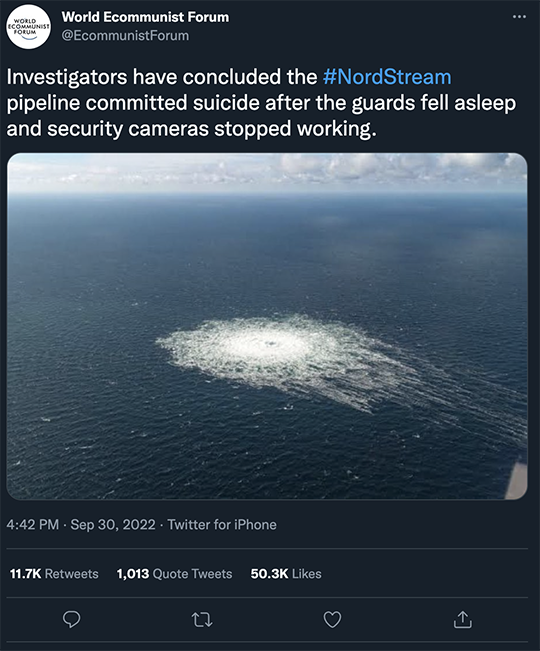 So the feds are making an example of Kim Kardashian.

Ms. Kardashian will fork over $1.26 million to settle a case with the Securities and Exchange Commission. Her offense? She touted a cryptocurrency called EMAX on her Instagram account without disclosing she was paid $250,000 to do so.

“This case is a reminder that, when celebrities or influencers endorse investment opportunities, including crypto asset securities, it doesn’t mean that those investment products are right for all investors,” says SEC chair Gary Gensler.

Right… because half the internet wasn’t already on the case from the beginning. Look at the search results that come up with “Kardashian crypto.” Here are the title cards from two YouTube takedowns that went up within a day of her Instagram post last year. 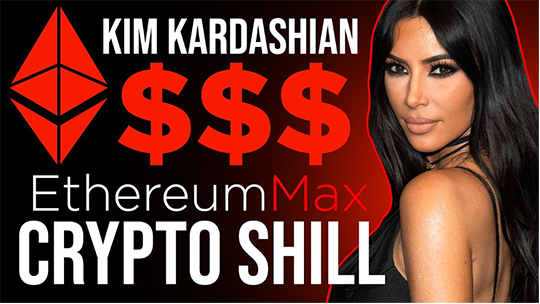 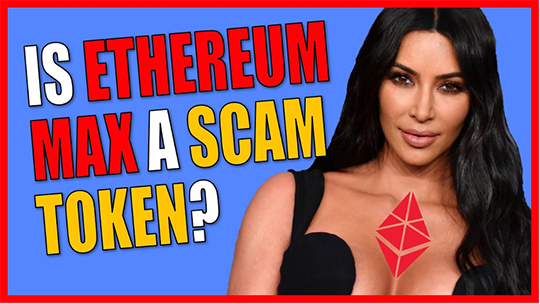 Yes, Kardashian should have disclosed she was getting paid. But for God’s sake, everyone who wanders onto Instagram already assumes that “influencers” are on the take — that anyone, celebrity or otherwise, who’s hocking crypto or clothing or beauty products is getting compensation, right?

Then again, after what happened earlier this year, we’d expect no less idiocy from the SEC.

To the mailbag, and more pushback against the reader who said a gasoline-powered vehicle is no better than an electric vehicle during a hurricane evacuation…

“BTW, I abhor the infernal-combustion engine with its 25% or so efficiency. I’m a huge fan of electromagnetic fields and the efficiency they represent but the energy density from millions of years of sunshine that’s in fossil fuels cannot be argued with. Until we can get energy densities in batteries approaching 40,000 Btu per pound, you will cut more wood with gas.

“If I’m trying to avoid a hurricane, I’ll take two red cans of gas in the trunk over spare batteries any day.”

The 5: Yep, it’s all about energy density — and in that regard, nothing to date has managed to top the various forms of dead dinosaurs.

Renewables at scale require battery technology that hasn’t been invented yet — if the aim is to preserve a developed-world lifestyle, that is.

If that’s not the aim, well then… enjoy your “energy equivalent of 16–40 gallons of gasoline” for transportation in a year.