Per “U.S. intelligence agencies,” reports the BBC, “the fighting in Ukraine has been slowing down and this will likely continue in the coming winter months.”

“We’re seeing a kind of a reduced tempo already of the conflict… and we expect that’s likely to be what we see in the coming months,” says U.S. director of intelligence Avril Haines.

The Guardian continues: “[Haines] said both Ukraine and Russian militaries would be looking to prepare for any counteroffensive after the winter.” (Emphasis ours.)

Director Haines adds: “We actually have a fair amount of skepticism as to whether or not the Russians will be, in fact, prepared to do that.” 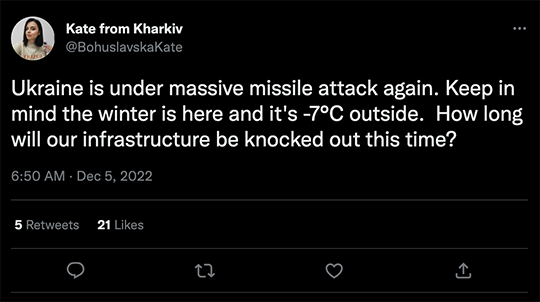 We know, we know… Ukraine-flag-waving war hawks across social — and mainstream — media would have us believe “Kate from Kharkiv” is a Russian bot, right?

Which brings us to our topic today: “The status of the war in Ukraine is best understood as a competition between the narrative and reality,” says Paradigm’s macro expert Jim Rickards.

“The narrative consists of what you hear from mainstream media, the White House, the Pentagon and official sources in both EU and NATO headquarters in Brussels.”

NARRATIVE: “According to the White House, EU and NATO, things are going relatively well for Ukraine,” Jim says.

“The Armed Forces of Ukraine (AFU) have advanced in eastern Ukraine along a line that runs parallel to the Russian fortified lines between Donetsk and Luhansk.”

And on Nov. 9, “Ukraine reoccupied the regional capital of Kherson, which lies strategically on the Dnipro River, which is Kyiv’s main access to the Black Sea and international trade,” Jim says. 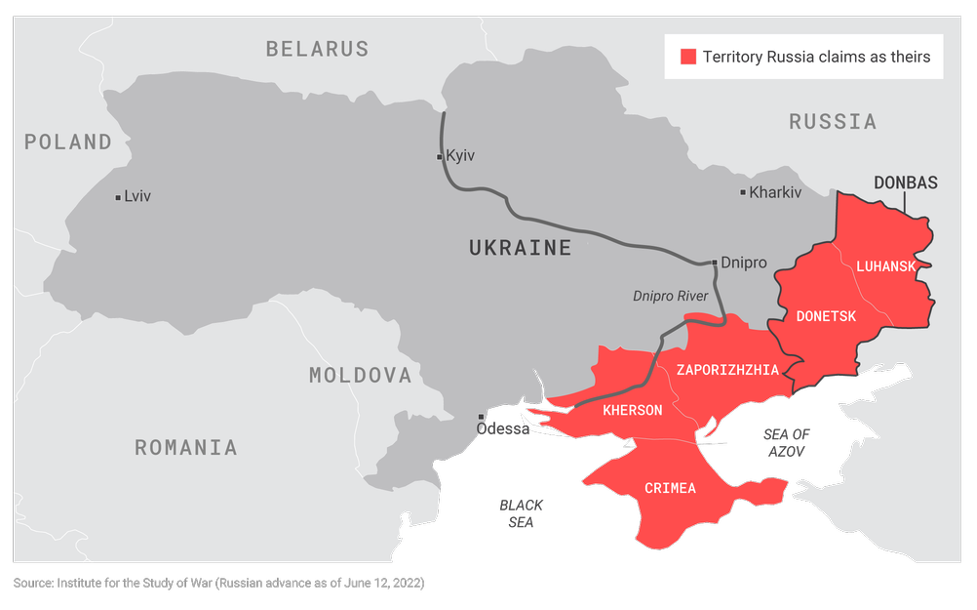 Source: Institute for the Study of War, Defense Priorities Foundation

Jim continues: “Based on these advances, the narrative says that Russia is in retreat,Russian troops are demoralized, Putin is in jeopardy of being replaced and complete victory for Ukraine is just a matter of time.

“The narrative is then used as a basis for increased financial aid” — with the U.S. single-handedly committing over $60 billion — “and increased weapons shipments from NATO members.”

REALITY: “The actual situation on the battlefield is almost completely at odds with the narrative,” says Jim.

“Ukraine did make advances in the east, but they were against lightly defended Russian positions on or near open terrain,” he observes. “The Russians organized an orderly retreat to fortified lines and let the Ukrainians have the land.

“They withdrew to the east bank of the Dnipro River while allowing Ukrainian troops to reoccupy the center of Kherson.” Why? “Russia avoided a fight over a city of little strategic value while retaining a chokehold on river traffic from the east bank,” Jim notes.

“In the meantime, Russia has completed its 300,000-person mobilization. Over 180,000 of those troops are now deployed behind Russian lines in combat formations. The remaining 120,000 troops will arrive soon,” says Jim. “This brings total Russian strength up to about 30 divisions.

“Russian forces are well rested and well supplied,” he observes. “They are being supplemented with Iranian drones, a major force multiplier.”

On the other hand: “AFU strength has been greatly diminished due to high casualty rates.” (Many so-called Ukrainian troops are actually Polish forces in Ukrainian uniforms.) “Ukraine is stretched thin…

“And Russia has been preparing for a massive winter attack to roll back Ukrainian advances,” Jim says.

“After the drama of the initial invasion, the war has reached a relatively quiet stage,” says Jim. “This should not be mistaken for a prelude to peace.”

As mentioned yesterday: “Russia is now preparing to launch a massive counteroffensive. The major objectives are Kharkiv in the northeast, Odesa in the southwest and Zaporizhzhia in the center part of the country on the Dnipro River.

“Whether any of this succeeds remains to be seen. Still, it is definitely coming,” he says, “and the situation will grow more violent and chaotic…

“Beyond conflict on the battlefield is an intensification of the financial and economic war being waged,” Jim adds.

“Sanctions have had little economic impact on Russia, but the effect on Europe and the U.S. has been devastating — including energy shortages, inflation and supply chain disruptions.

“These effects will persist and cause the EU and U.S. to fall into a severe recession in the first half of 2023,” he warns. But here’s how to “brace yourself for more volatility as we head into the winter months…

“The dollar will remain strong for reasons independent of the war in Ukraine, having to do with a growing global liquidity crisis,” he says. “Stocks will fall significantly due to recessionary conditions.

“Bonds will perform well as interest rates decline alongside economic decline,” says Jim. “Gold will remain strong as more countries look for ways to avoid U.S. economic sanctions and as central banks diversify away from dollars toward gold.”

Last, Jim says: “Moving cash to the sidelines is a prudent thing to do.”

One final note: Jim is seriously sticking his neck out, predicting “the war will last at least six more months, if not longer.” If he’s correct, the West, including the U.S. intelligence complex, will be utterly humiliated.

“It can be hard to track and understand the day-to-day influence that the Fed has on interest rates,” he says. “Suffice it to say, it’s great news to finally get paid a reasonable return for parking some of your nest egg in a savings account.

“Here’s what you need to know…

“In my home state of Georgia, I’ve seen several offers with an interest rate above 3.5%,” says Zach. “And with most savings accounts, you can pull your cash out anytime you want with no fees or penalties.

“Of course, I still love dividend plays that can offer similar yields with the potential for capital gains as well,” he says. “But in today’s challenging market, it makes sense to put some of your money in a safe FDIC-insured savings account.”

An independent lab “found the presence of potentially deadly E. coli, salmonella, heavy metals and pesticides in many products,” the New York Post says. “The lab results also found an example of THC levels more than twice as advertised — with gummy bears labeled at 100 mg of THC at one shop testing at 204.77 mg.” 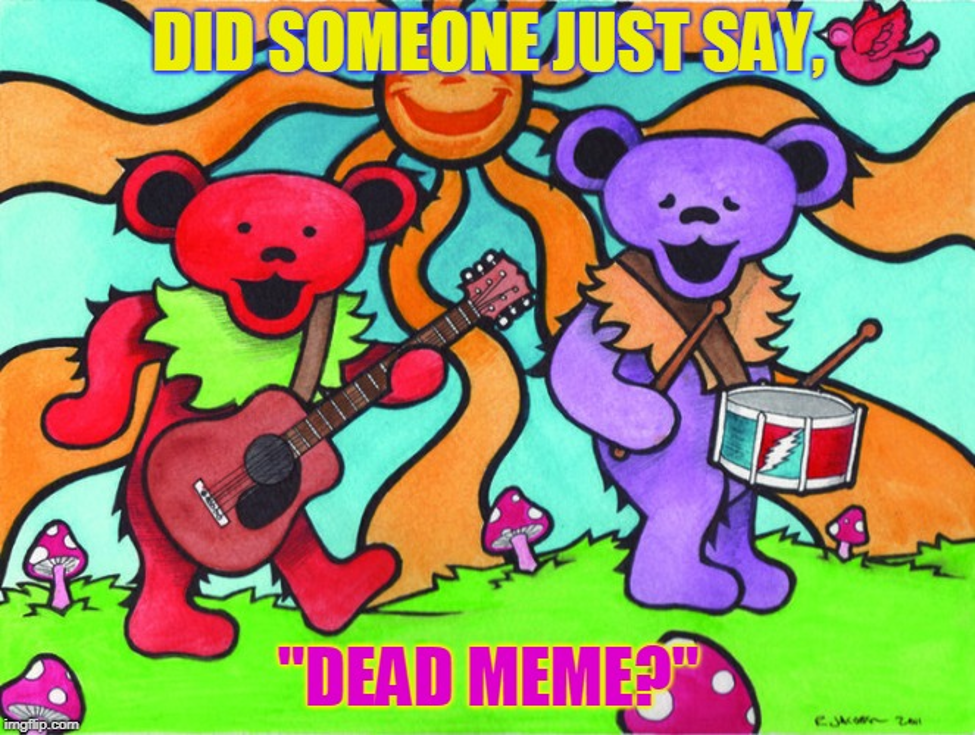 “Aside from the health dangers of buying from illicit cannabis dealers,” The Post says, “the tremendous proliferation of the black-market stores and mobile trucks… threatens to undermine the newly licensed New York state cannabis operators obligated to follow the rules and pay higher taxes that boost the cost of their products.”

Yeah, about that: New York’s Office of Cannabis Management granted its first NYC license, out of 900 applicants, for recreational marijuana sales on Nov. 21, 2022 — some 20 months after recreational weed was legalized in the Empire State.

So at the time of the study, there was no legal-weed alternative in NYC. Hmm…

Now to the mailbag, where a reader commented on voting restrictions yesterday…

To wit, a longtime reader notes: “In Robert Heinlein’s novel Starship Troopers, the rights of a full citizen, to vote and hold public office, were not universally guaranteed.

“Those who did not perform federal service retained the rights of free speech and assembly, but could not vote or hold public office.”

“It’s embarrassing to have to say this since I am a contractor… but if I’m being honest, government contractors have incentives to enlarge the scope of their work, and the inflow of public cash. Whether limiting the vote would do any good is another question.”

Finally, on the matter, a reader adds: “If government employees were prohibited from voting, one could also argue that anyone who receives government benefits (Social Security, Medicare, Medicaid, etc.) should also be prevented from voting.”

The 5: Which would encompass our aged politicians — up to their veneered teeth in sweet government-pension largesse. But touché.

Onto the topic of Elon Musk… Free-speech champion or fraud?

“Musk bought Twitter and is taking measures the average owner or shareholder would not,” a reader praises. “He essentially took the lid off a simmering kettle of BS.

“But further information is needed to determine if Elon Musk’s actions match his claims for transparency. I am interested to know more about what Twitter management did to accommodate the Biden administration and family.

“The revelations have just gotten underway.”

That’s just a preview of numerous Elon Musk opinions we received, and we’ll feature more in tomorrow’s episode… Until then, take care!

As for commodities, oil is getting trounced; a barrel of WTI is selling off for $74.14. Precious metals, however, are faring some better, with gold up $3 to $1,784.20 per ounce and silver hanging out above $22.