Before we went on our holiday break, we already had a pretty firm idea of what would be the lead item for our first new edition of 2023. And then we encountered this…

To be clear, that $4,000 gold forecast is the top end of a range (the bottom is $2,500) from Juerg Kiener, managing director of Swiss Asia Capital — a firm based in Singapore.

Figures. In America, the Wall Street mainstream is hostile to gold as an asset class — mostly because they can’t rake in big fees from it.

Most folks buy gold once — and then sit on it. The big brokerages that advertise on CNBC much prefer customers who, say, trade in and out of Tesla shares a half-dozen times a year. (Those customers are selling as we write today — more about that later…)

Anyway, CNBC’s story puts us in a bind: When the mainstream zigs, financial newsletters zag. Long before the internet came into being, we were the original alternative media.

So here goes, Paradigm Press Group’s first big prediction of 2023: “I predict that the price of gold will reach $3,000 an ounce within the next year.”

Now… in the interest of full disclosure, Zach made this same forecast to his readers at the start of 2021. Obviously it didn’t pan out. We’re still well below the all-time high near $2,070 in August 2020.

The first is the strength of the U.S. dollar relative to other major currencies like the euro and the Japanese yen… 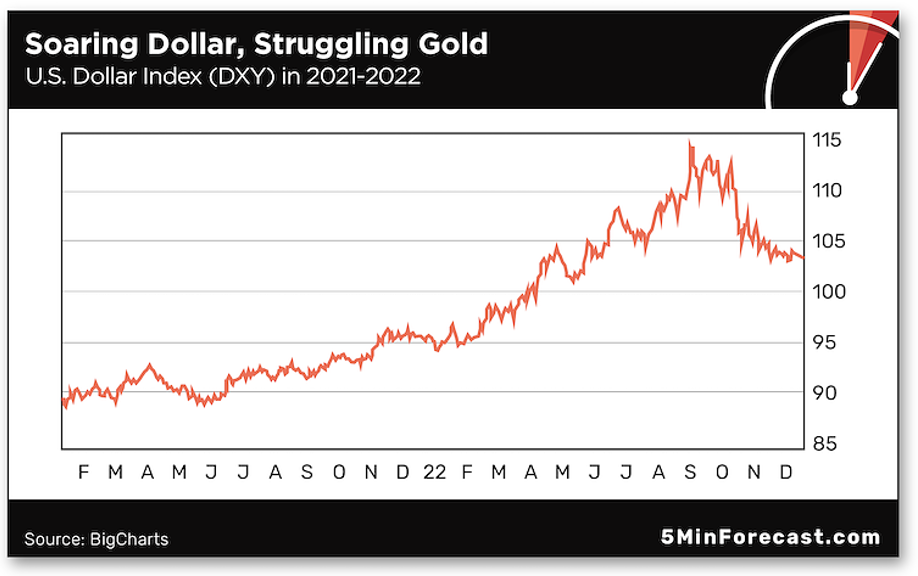 “Gold and the dollar typically have an inverse relationship,” says Zach. “The stronger the value of the U.S. dollar, the lower the price of gold.”

But as you can see, the dollar index peaked three months ago. “Gold is often referred to as a ‘stateless currency’ that investors turn to when they lose faith in a traditional currency like the U.S. dollar. So as the dollar weakens, gold is now more attractive.”

The other factor holding gold down is one we’ve mentioned before… and here too, a reversal of fortunes is underway.

Especially in 2021, cryptocurrency stole much of gold’s thunder as an alternative asset and inflation hedge.

“One of Bitcoin’s major selling points is that it’s designed as a sort of digital gold,” Zach reminds us. “Like physical gold, there’s a finite number of Bitcoins that can be issued. When the reality of inflation started to set in, many people (especially young investors) parked their cash in crypto expecting it to work as an inflation hedge.”

But as Paradigm’s Byron King explained in this space during November, younger people who managed to bail from crypto before the onset of “crypto winter” are looking for somewhere to park those profits — and increasingly they’re eyeing precious metals.

“Bitcoin’s dramatic price swings over the past few years indicate that the digital asset may not be a stable long-term store of value like some had hoped,” Zach affirms. “That’s not to mention individuals and institutions alike are second-guessing the industry’s overall outlook after the FTX bankruptcy scandal.

“Those dollars are now moving out of crypto and back into more traditional precious metal investments, helping drive the price of gold higher.

“Keep in mind that we’re in the early stages of both shifts, which means the gold rally is just getting started,” says Zach.

“And as we’ve discussed at length, inflation isn’t going anywhere. When inflation runs as high as it has this past year, it often takes several more years to return to normal.

“This is all to say that the backdrop for gold is very strong, especially now that the headwinds working against it have finally died down.

Again, that’s a 63% gain from this morning’s spot price. But you should know Zach is already racking up much bigger and faster gains in the precious metals space as chief strategist for Rickards’ Insider Intel.

Yes, there’s more where that came from — as Zach explains when you follow this link. Please note that our current offer on Rickards’ Insider Intel expires at midnight tonight.

Elsewhere, crude is back below $80 this morning.

The major economic number that came out during the holiday break confirms a recession is upon us.

The little-noticed Philadelphia Fed state coincident index is a composite of four employment indicators from all 50 states. It’s little noticed because 1) the numbers can be expressed on a chart a couple of different ways (long story) and 2) the numbers are frequently subject to revision after the fact.

Too bad: Whenever the number of states with growing job activity falls below 35, you can count on a recession. 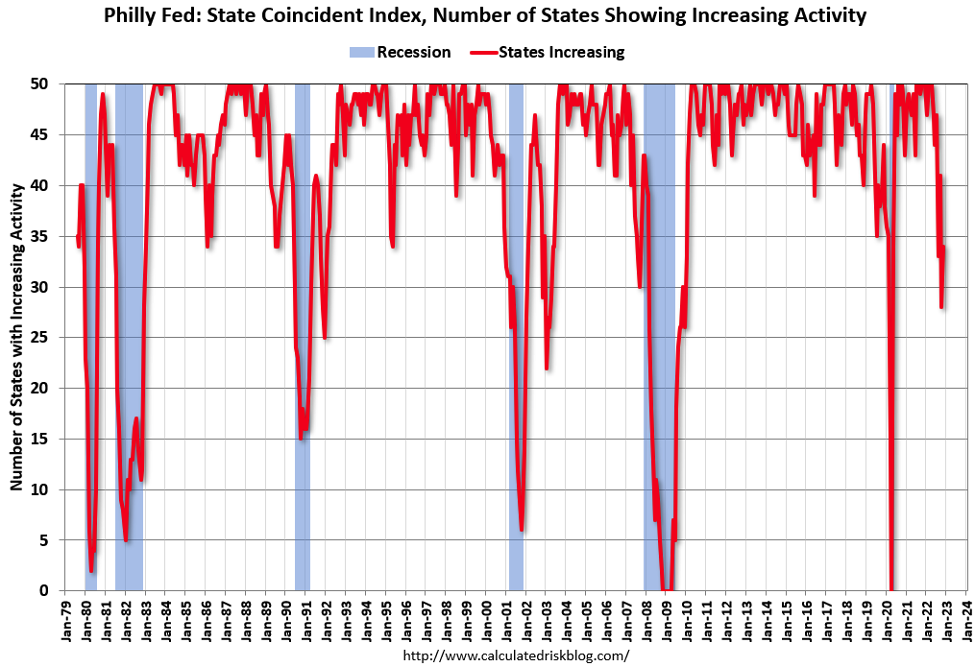 The index has an unblemished record in this regard going back to the Jimmy Carter presidency. Just sayin’…

If you’re truly interested, you can read about it anywhere: Our point is that Bitcoin is still hanging out a little below $17,000 and Ethereum a little over $1,200. For all the thrills ’n’ chills that usually come with crypto prices, it’s been mostly like watching paint dry ever since the FTX washout (about which more later).

The era of cannabis stocks is over for now — no thanks to the Democratic Party’s leadership.

Paradigm’s own Ray Blanco started drawing readers’ attention to this sector in mid-2016 — racking up impressive gains along the way.

But by late 2022 the industry needed a new catalyst to get to the next level — specifically, cannabis reform legislation in Washington, D.C.

“Weed stocks perked up over the period,” says Ray, “with a couple of highlights — Biden signed a sort of pardon for people who’ve been busted on federal pot charges, and he signed a cannabis research bill that makes it easier for scientists to study the potential biological uses for the plant.”

But real reform? Like rescinding marijuana’s federal designation as a Schedule I drug? Or at least permission for federally regulated banks to bring in canna-businesses as customers? It just wasn’t a priority for Biden or Nancy Pelosi or Chuck Schumer.

“With a new Congress coming in, a split government and Republicans having bigger short-term priorities than dealing with weed,” says Ray, “I doubt we’ll see anything happen anytime soon.”

Ray cut the last of his pot holdings loose three days before Christmas. Far better opportunities lie in another sector during 2023 — which he’ll lay out for us before week’s end.

More loose ends from the last Congress to tie up: Tucked into the $1.7 trillion “omnibus” obscenity is an important change if you plan to retire soon.

The legislation once again raises the age at which you must take required minimum distributions from your tax-deferred retirement accounts. Effective this tax year, the age is 73. By 2032, it will rise to 75.

In addition, the penalty for failing to take your RMD falls from 50% of the amount that should have been withdrawn to a somewhat less-draconian 25%. Consult a tax professional if you think these changes might affect you.

Meanwhile, the omnibus does not include any changes to the requirement that third-party payment networks like PayPal and Venmo send you an IRS Form 1099-K for transactions totaling as little as $600 a year. 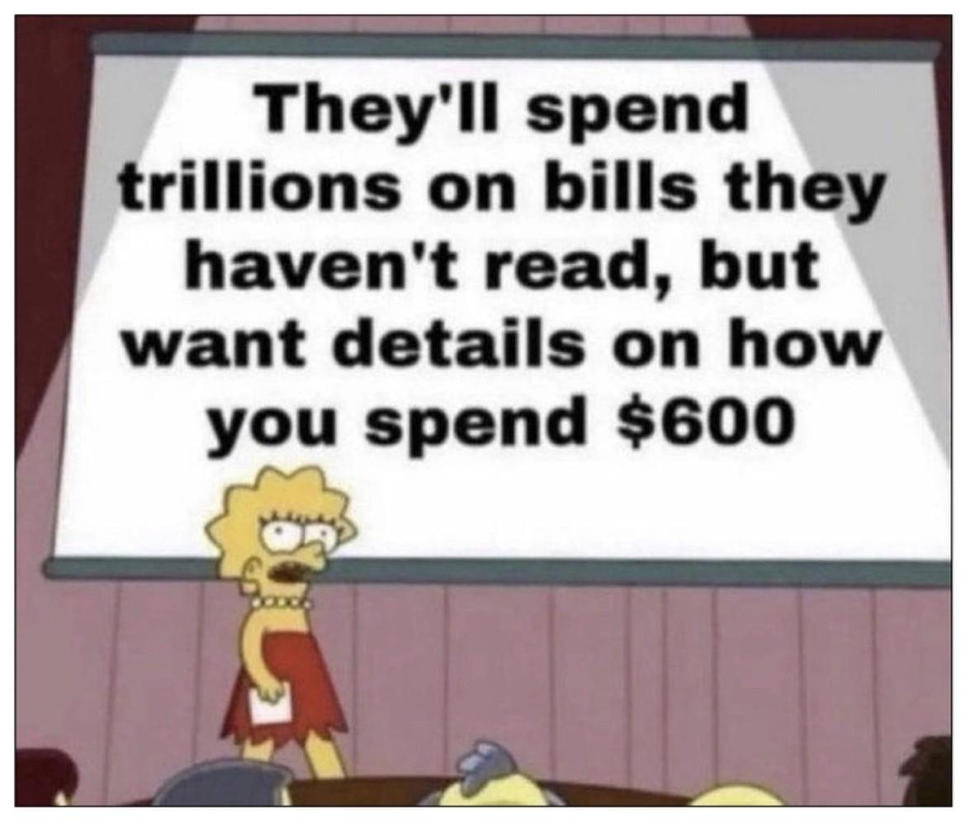 However, two days before Christmas the IRS delayed the reporting requirement by one year. “The additional time will help reduce confusion during the upcoming 2023 tax-filing season and provide more time for taxpayers to prepare and understand the new reporting requirements,” says acting IRS commissioner Doug O’Donnell.

It also might buy time for the new Congress to push through reforms such as a bipartisan proposal to raise the threshold to $10,000. But we’re not holding our breath. 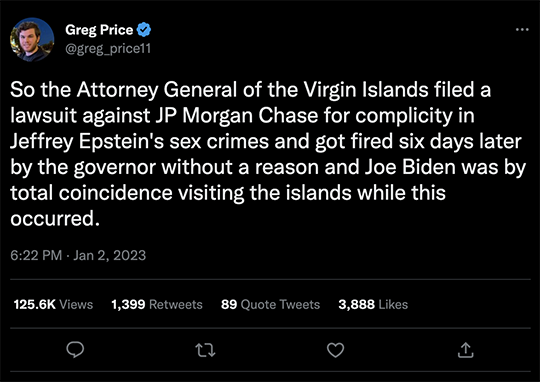 To the mailbag, where a reader weighs in on the final item in our final original issue of 2022 — Sam Bankman-Fried making his $250 million bond.

“Yes, it would be very, very (did I say ‘very’) interesting to know who, to the dollar, is putting up his bail.”

The 5:Turns out his parents’ home in Palo Alto is worth about $4 million. Two other people also co-signed, including one nonfamily member. No, the judge didn’t reveal any more than that.

SBF plans to plead not guilty today… and as part of the proceedings, his lawyers will ask that the identities of the two be kept under wraps.

“If the two remaining sureties are publicly identified,” the lawyers write in a letter, “they will likely be subjected to probing media scrutiny, and potentially targeted for harassment, despite having no substantive connection to the case.”

Here’s the twist, per Bloomberg: “The two people haven’t signed on yet but intend to do so by the Jan. 5 deadline, his lawyers said in the letter.”

“A flawless analysis,” says one reacting to our reflections on the 20th anniversary of the 9/11 attacks.

“Thank you for the insightful and thought-provoking essay on the hazards to a free society, our American republic,” says another. “Articulate, powerful and worthy of public square dialogue and debate.

“I try not to dwell in echo chambers, listening only to things that dovetail with my worldview. I must say the article provided a perspective I’d heard a little about before, particularly President Ike’s warning about the military-industrial complex. I pray we find our way somehow despite what appears to be an insurmountable tide. I’m not even sure I know what that means.

Meanwhile, “Thank you for an excellent read,” says an email we got after some more historical reflection — this time, some recovered history of the Cuban Missile Crisis.

Reacting to Elizabeth Holmes and the Culture of Corruption, our final correspondent writes…

“My grandmother was born in 1900. Lived through the Depression.

“When I was in high school (early 1970s) I had to do an interview with someone who lived through it. The thing that I remember about the interview was that she said everything was crooked and a lot of dishonesty just prior to the crash.

“Many similarities to what is happening now.”

The 5: Let’s hope it’s not quite so dire. Someone who bought at the top of the stock market in 1929 didn’t get back to breakeven until 1954.