The Worst Is Over

When it comes to crypto, Paradigm’s iconoclast investor James Altucher says: “The FTX news was the worst news… It doesn’t really get worse.”

Yet he notes: “BTC and ETH have already bounced 15–20% off post-FTX lows,” despite hyperbolic headlines predicting the end of crypto… Not so much, says James, joined by his colleague Chris Campbell, to issue their 2023 crypto forecasts.

Chris says: “2022 [was] a terrible year for crypto. But 2023 is shaping up to be — at the very least — calmer.” Plus? “There are still many reasons to be excited about this nascent industry. AND there are some good things on the horizon.”

In fact, we’ll outline some concrete reasons for optimism that fire James up for the year ahead. Not least of which… 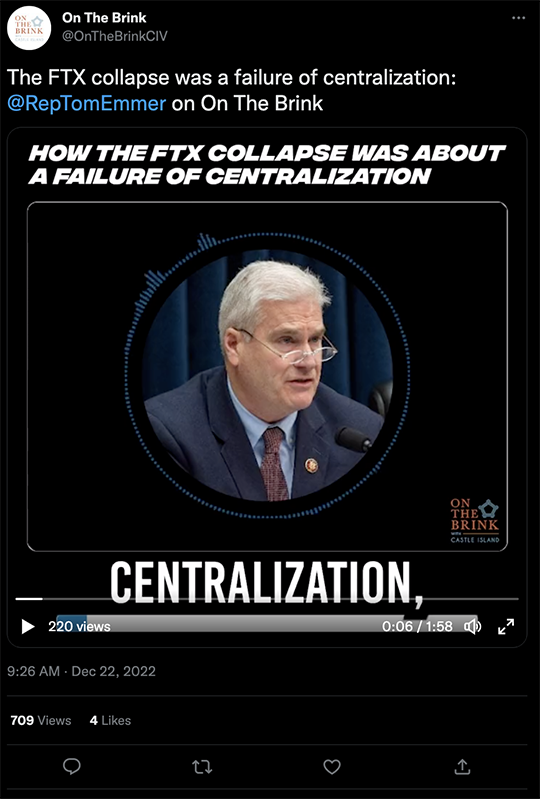 Per the FTX debacle, during an interview at the podcast On the Brink, Emmer said: “This is not about decentralization, which is really what the whole crypto community has been about from the beginning.

“Crypto is growing through this,” agreed host Nic Carter. “And hopefully, we’ll be more antifragile and functional on the other side.”

[Note: Rep. Emmer is also an outspoken opponent of CBDCs. “If we allow the central government to create a central bank digital currency,” he said, “the next step is the Federal Reserve suddenly becomes a retail bank and every American has to have an account at the Federal Reserve. Is that where we want to head?”

We rarely get to say this about Congress dwellers, but Emmer sounds refreshingly clear-eyed.]

“The benefits of crypto and decentralized finance (like low-cost/secure/instant transactions) are hard to argue with,” James notes. “But the [adoption] process will happen gradually.

“Markets can get very optimistic (and hot) ahead of economic reality,” he warns. “But one of the most important metrics of success will be how much these tools are actually being used by real people to solve real problems.

“The dot-com boom is the perfect example,” James adds. “Although investors were right that the internet was going to be a massive economic force, they let their expectations get ahead of the current reality.

“It would take over 10 years for the internet to develop into what investors expected in 1999.”

Finally, beyond retail investors, James notes crypto regulation — for better or worse — is on its way, starting with Europe. “Many sovereign wealth funds are waiting for regulations before putting money to work,” he says. “That’s about $1 trillion earmarked for crypto waiting on the sidelines,” he figures.

“I expect within the next 18–24 months we’ll start to see a transformation of DeFi and crypto,” says James. “The path forward will be… to solve real gaps in the existing financial system.

“With the hype now behind us,” he closes, “I believe we can expect 2023 to be a year where we will begin to see early signs of DeFi’s — including crypto’s — real-world potential.”

While we’re on the topic, the People’s Bank of China (PBOC) bought 30 more tons of gold in December. Notably, it’s the second month in a row that the central bank has reported its gold-buying activity. Prior to that, Beijing hadn’t reported since September 2019.

According to the World Gold Council, in November, the PBOC also stockpiled 32 tons of gold, bringing the country’s official gold reserves to 2,010 tons. (Of course, that’s just the “official” number.) 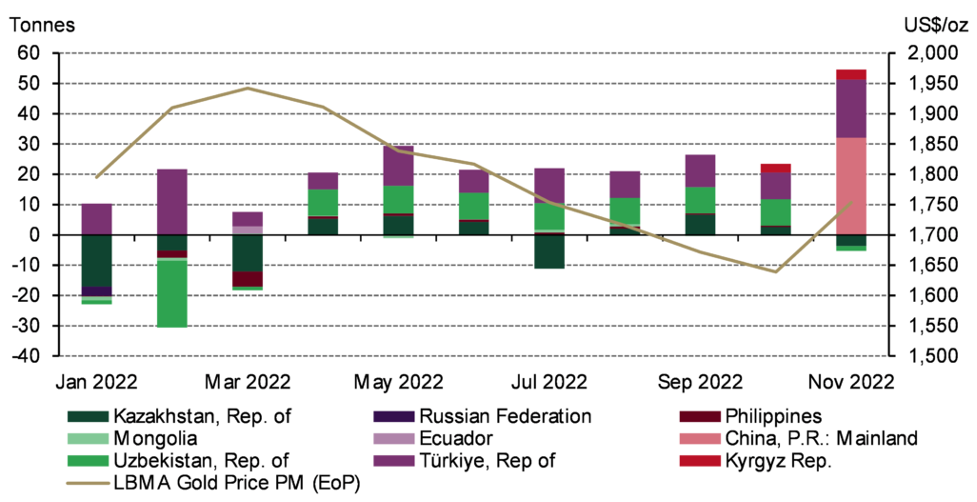 “The central bank sector has been one of the highlights of the gold market in 2022, having bought a net 673 tonnes between Q1 and Q3,” says the WGC’s Krishan Gopaul. “Looking ahead to the full-year picture, it’s likely that central banks accumulated a multidecade high level of gold in 2022.”

Now, from a centuries-old store of wealth to bleeding-edge technology, we give the floor to Paradigm’s retirement-and income specialist Zach Scheidt…

“It’s amazing to have a firsthand view of all the new technology that will affect our daily lives over the next several years,” he says. “I take notes and talk to experts from many of Wall Street’s top tech companies.”

And while the technology might be awe-inspiring, Zach finds himself asking: “That’s a cool idea… but do we really need it? Like the toilet that purifies the water it processes in your home,” he mentions. “Or my personal favorite, the self-driving lawn mower… 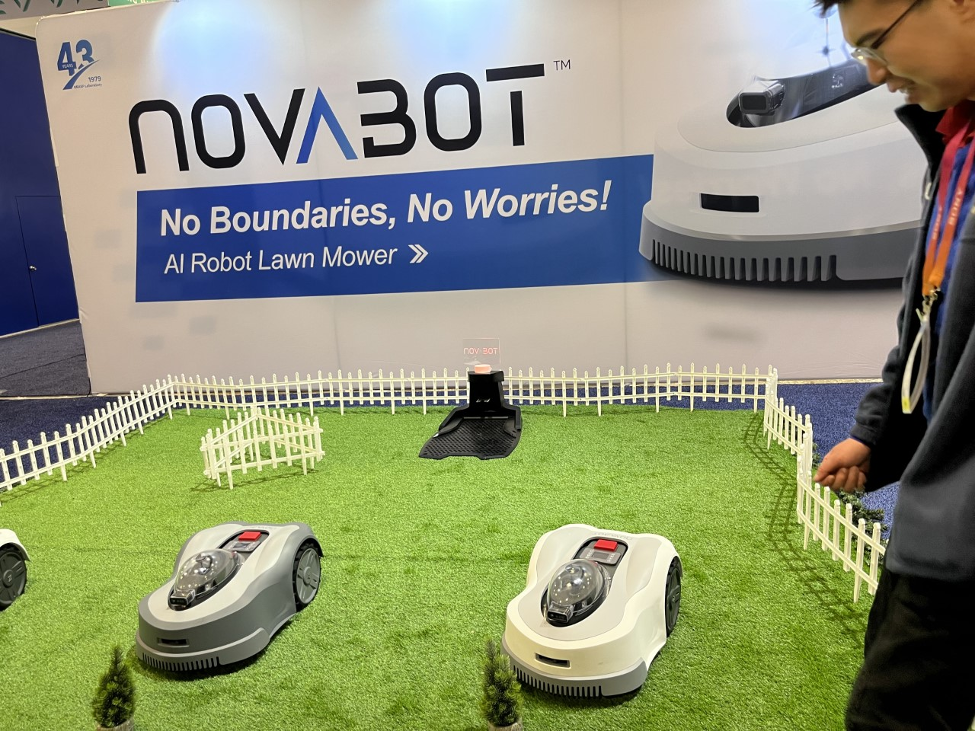 “I’m sure it costs so much that it would be cheaper to hire the kid next door to cut your grass.” In other words, it pays to be pragmatic.

“Stocks that are ‘all sizzle, no steak’ may look great at first. But if the companies behind flashy technology don’t make money, they’re not likely to make great investments.

“In today’s bear market, keep a skeptical perspective when it comes to technology stocks,” says Zach.

And this guiding principle applies to some Big Tech mainstays, too. “Let’s think about Amazon,” Zach says, “a company with great technology but questionable investment prospects… 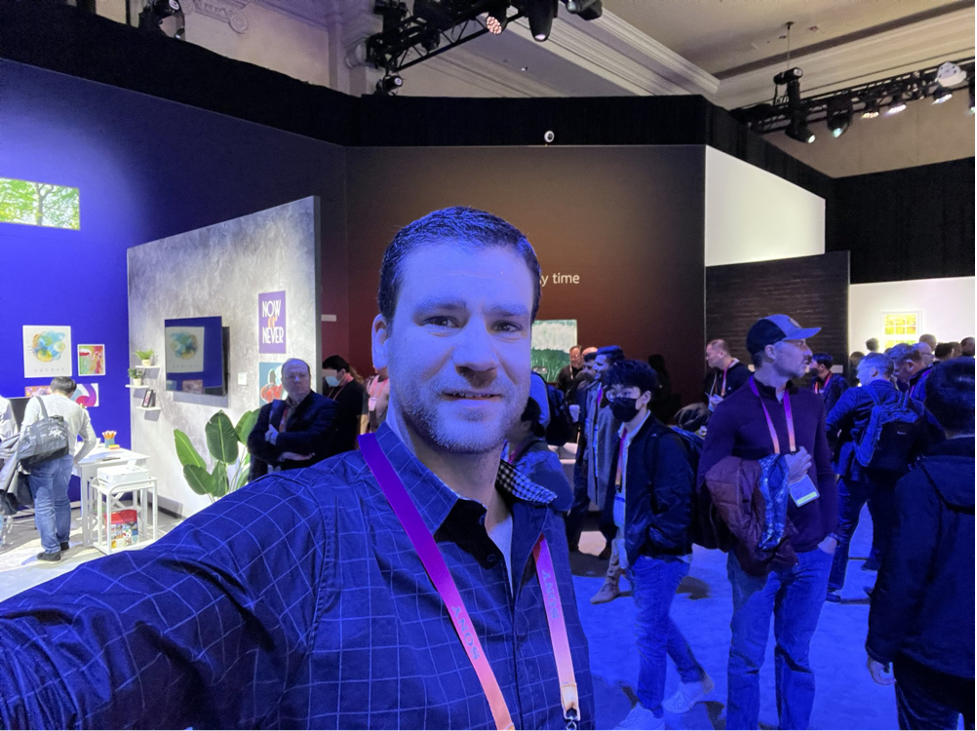 “Amazon may be a leader in e-commerce, but the stock looks incredibly vulnerable to me,” he says. “Shares currently trade near $88, and the company is expected to earn just $1.65 per share in the year ahead.

“That means investors are paying about $50 for every dollar per share that Amazon will generate. That’s a tremendously expensive price tag. This is after the stock has already fallen sharply,” Zach notes. “Just take a look at AMZN’s recent price action…

“There was certainly a time and a place for investing in high-growth speculative tech stocks,” he notes, “especially when interest rates were low and these… companies had access to virtually free money.”

It makes sense, then, to invest “in stocks [tied] to companies that generate a profit and can sustain profit growth for years to come,” says Zach. (You get bonus points if those profits are paid to you in the form of dividends.)

“This doesn’t mean we can’t invest in exciting technology,” he says. “Sometimes, the best technology shows up in unexpected places… 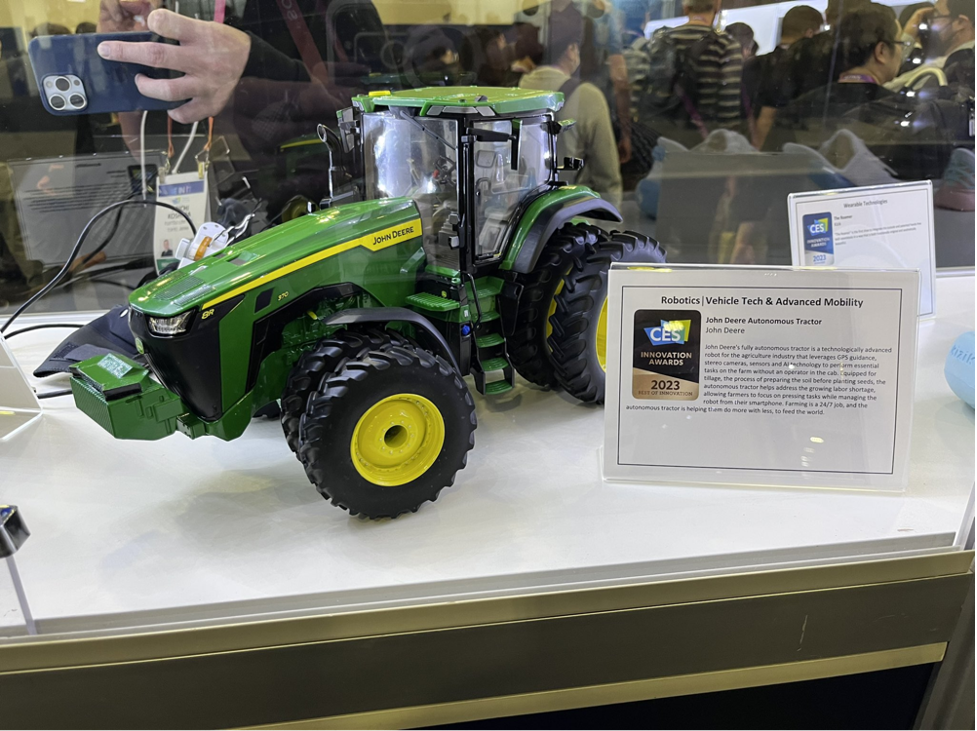 “I’ve visited the John Deere (DE) display at CES for years,” Zach says, “and I’ve always been amazed by the satellite imagery, precision planting and fertilizing and the tremendous efficiency the company offers to farmers around the world.

“This is a stock with substance,” he adds, “generating reliable profits — trending higher year after year — and paying a healthy dividend.”

Zach’s takeaway? “Even in a bear market, there are still plenty of opportunities to invest in tech. And I’ll keep looking for the best stocks to recommend to you,” he says. With that in mind, however, he cautions: “See beyond the sizzle to find truly worthwhile investments.”

And heh, this is a natural segue…

Right-to-repair update: “Tractor maker John Deere has agreed to give its U.S. customers the right to fix their own equipment,” says a BBC article.

According to the MOU, the agreement ensures “that any Farmer, including any staff or independent technician assisting a Farmer at a Farmer’s request, and any Independent Repair Facility that provides assistance to Farmers, has electronic access on Fair and Reasonable terms to Manufacturer’s Tools, Specialty Tools, Software and Documentation.”

“Previously, farmers were only allowed to use authorized parts and service facilities rather than cheaper independent repair options,” the BBC says. Meaning, a farmer can now take his — or her — sputtering tractor to a trusted, local mechanic rather than to a more expensive John Deere service center.

“Although this seems like a step in the right direction, [the MOU is] written in a way that could allow John Deere to skirt federal or state right-to-repair legislation,” says The Verge.

So the jury’s still out on whether John Deere will hold up its end of the bargain. Stay tuned…

“You and your crew are the best… As always, for many years, The 5 is my favorite read.”

Another reader enjoyed Friday’s episode, too. “The Powell meme cracked me up! He’s part of the machine. Lose your job, become dependent on the government. Great job, Jerome.

Much thanks for the approbation… Readers like you keep us motivated.

And with that, we’ll be back with another episode of The 5 tomorrow. In the meantime, take care!