The December job numbers came in better than expected this morning and the stock market is rallying in response — Wait, what?!

Let’s back up a bit. For much of 2022, the stock market had a good-news-is-bad-news reaction to decent economic numbers.

A “healthy” economy meant that the Federal Reserve still had free rein to keep jacking up interest rates to fight inflation. But rising rates translate to less EZ money flooding out of the Fed and sloshing around Wall Street. Thus, the S&P 500 ended the year down 19.4% — the worst annual performance since 2008.

So with that as the backdrop, here are the employment highlights from the wonks at the Bureau of Labor Statistics…

What gives? In the face of a “robust” labor market, why is Mr. Market feeling so good today — with all the major stock indexes up 1.5% or better?

The answer lies in the wage figures from the jobs report.

Average hourly earnings rose 0.3% for the month — less than expected. The year-over-year increase works out to 4.6% — trending down from the previous month’s 4.8%.

One of the things that kept Mr. Market’s boxers in a wad throughout 2022 was the prospect of the dreaded “wage-price spiral” — a term that might ring a bell if you were around in the 1970s.

It works like this: When employers raise wages, workers have more disposable income. When workers have more disposable income, they demand more goods and services. Increased demand for goods and services translates to higher consumer prices. Workers feel the pinch of rising consumer prices, so they demand higher wages. And the cycle starts all over again…

So if the pace of wage increases is slowing down, that’s a sign the wage-price spiral is no longer in play.

Fact is, the wage-price spiral was never in play during 2022. It was all a figment of Wall Street’s imagination.

The official inflation rate peaked at 9.1% in June. Annual wage growth peaked last March at 5.6%. Yes, the job market was tight last year — still is now — but at no time did wage gains even begin to keep up with inflation.

Anyway, now that the pace of wage gains is slowing, Wall Street is taking another deep, deep drag from the hopium pipe — once again expecting the Fed under Jerome Powell to “pivot” toward interest rate cuts later this year, even though the Fed explicitly ruled that out only two days ago.

Sometime very soon, Powell will likely shatter Mr. Market’s illusions — which brings us to Jim Rickards with the latest round of the Paradigm Press team’s 2023 predictions.

Powell is set to deliver a big speech next Tuesday morning — so it might happen that soon. Or it might not happen until his press conference after the next Fed meeting on Feb. 1.

But it’s going to happen. Count on it, Jim said in a recent live briefing for a select group of subscribers.

“Jay Powell is going to reemphasize that they are not going to stop raising interest rates until they feel they have inflation under control. He said that in five speeches earlier in just the last several months. 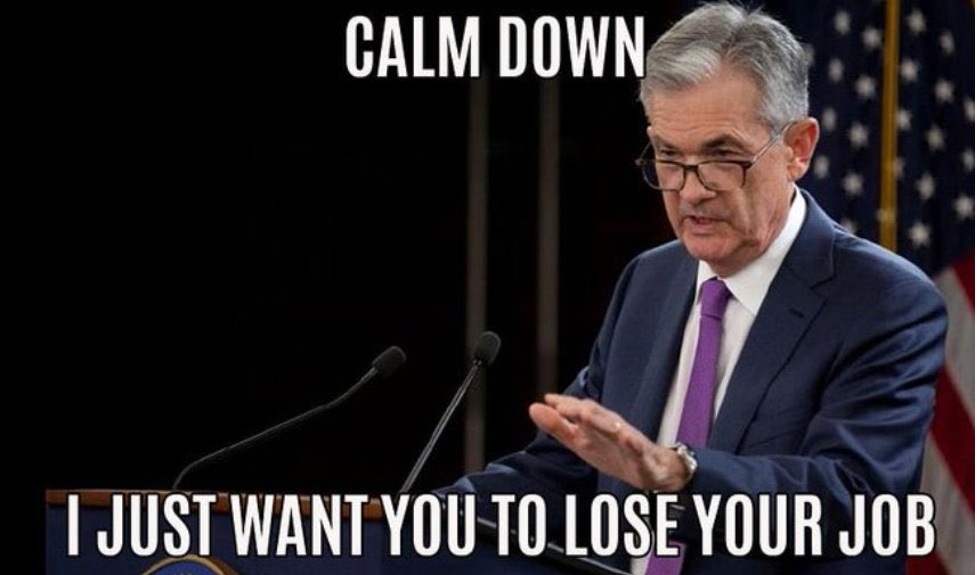 It was a year ago today when we gently suggested that for the first time since 1987, the Fed no longer had the stock market’s back. Battling inflation was a bigger priority than propping up stocks.

But a year later, Wall Street remains in denial.

And so, every stock market sell-off since last August can be traced to a Powell speech/reality check.

“But then Powell will give another speech. It’s a reality check: ‘Oh, this guy’s really serious, and so sell stocks.’ So the wave, the rallies and the drawdowns are very closely timed to these speeches that Powell has given.”

Jim says the Fed actually will pivot toward lower interest rates sometime this year — but not for the reason Wall Street believes. “The Fed will probably have to cut rates by June,” he says.

But it won’t be because Powell comes to the realization that rates are already high enough and inflation is back in its box.

Instead, “the reason for the pause and early cuts will be that the Fed has thrown the economy into a severe recession.”

And the rate cuts won’t be cause for a stock market celebration. “A sharp recession is disastrous for stocks,” says Jim. “Stock markets could fall 30% or more from current levels.”

Worse, inflation will persist. In fact, it will be “stagflation,” another term from the ’70s — meaning a stagnant economy even as inflation remains stubborn.

Your best defense? “When real interest rates are low or negative (due to recession) but inflation is persistent, gold is extremely attractive as a safe harbor and inflation hedge.

“That’s a good summary of where the U.S. economy is headed right now — inflation is still too high, but Fed policy will bring a recession, which will limit their ability to raise rates. Gold will party like it’s 1979.”

If you weren’t around or you don’t remember, gold doubled in the space of four months. No guarantee of an exact repeat, but the stars are aligning for sure.

[Ed note: If it’s even bigger gains you’re looking for in 2023, you’ll want to take advantage of the market-timing tool Jim developed during his work with the CIA some 20 years ago. Heads up, though: It’s not for everyone. Follow this link and see if it’s for you.]

As the day wears on, the rally is gaining steam. Indeed every major asset class is jumping higher.

To be sure, the market remains unperturbed by the clown show in Washington, D.C.… 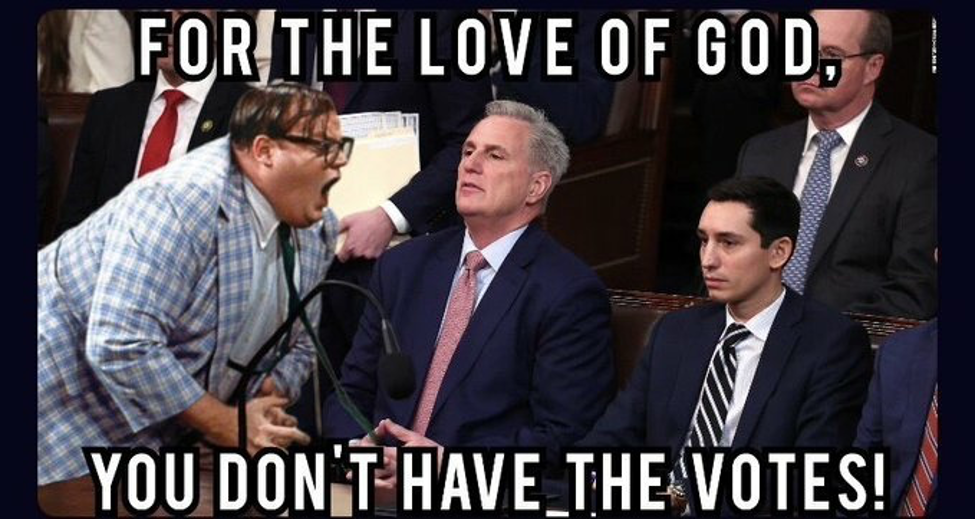 And bonds are rallying, pushing yields lower; the yield on a 10-year Treasury is near a three-week low at 3.58%.

Crypto is still looking resilient — Bitcoin a bit below $17,000 and Ethereum at $1,263 — despite two bearish developments…

Even Ark Investment chief Cathie Wood has given up on Silvergate, her ARK Fintech Innovation ETF (ARKF) dumping 99% of its Silvergate holdings.

A quick follow-up to Byron King’s energy forecast yesterday: When it comes to nuclear power, keep your eye out for developments with SMRs — short for “small modular reactors.”

“It’s beginning to take shape in North America and overseas,” he advises us.

“That is, we won’t see too many more giant behemoth nuke plants, such as what we’ve had in the past. Instead, nuclear energy will work in much smaller, modular SMR systems amenable to construction inside clean, climate-controlled factories under high quality control. And then, these SMRs can be transported to prepared sites for installation and operation.

“One way or another, the nuclear sector, from uranium to the SMR supply chain, is opening up in 2023 and years to come.”

Of more immediate concern for America’s power grid is the ongoing shortage of electrical transformers — something we first tipped you off about in September.

The utility industry is once again trying to get the attention of Congress, warning in a letter that the shortage is now leading to delays and even cancellations of electrification projects — to say nothing of hampering the ability to recover from storms.

From the Utility Dive website: “The cost of large transformers is up 20–50% since 2020, said Grid Assurance CEO Dave Rupert… Time to procure equipment has grown to 20–39 months from 16–20 months a year ago.”

Meanwhile, the price of smaller distribution transformers has at least doubled, according to

American Public Power Association CEO Joy Ditto. There’s only a limited number of domestic manufacturers, and they’re all confronting shortages of labor, materials and production capacity. “All big deals,” she tells the website.

And at a time when saboteurs are attacking electrical substations everywhere from North Carolina to the Pacific Northwest? Ugh…

As the week winds down, we’d be remiss if we overlooked the potential $29 billion valuation behind OpenAI — the startup behind ChatGPT.

If you’re not up to speed on ChatGPT… it’s the artificial intelligence chatbot that picked up a million registered users in just six days after its launch on Nov. 30.

“Consider it Siri 2.0,” colleague Chris Campbell wrote last month in our sister e-letter Altucher Confidential. Alternatively, you can think of it as the Google killer — delivering far more useful search results in far less time. (Depending on who you believe, Google convened a series of “code red” meetings shortly before Christmas.)

Its capabilities are legion: “In less than an hour,” Chris wrote, “the AI wrote me a Zen koan, summarized a book, saved me from a lifetime of embarrassment and created a crypto called ‘Chris Coin.’”

Chris has been having great fun with ChatGPT the last month or so… although earlier this week he discovered its limitations. 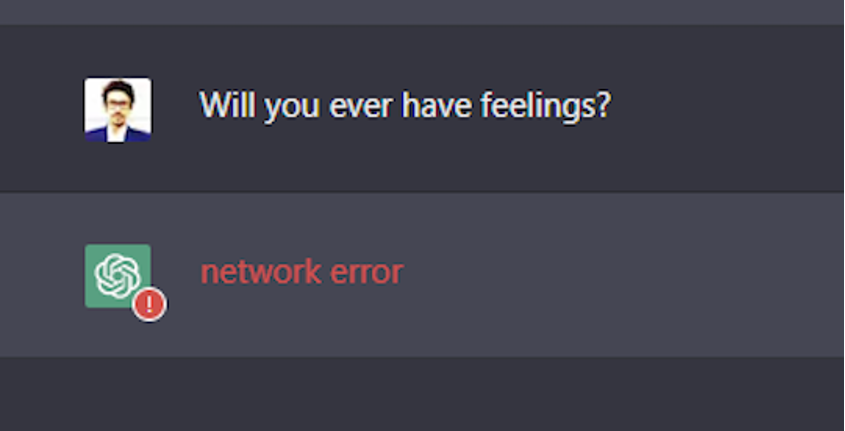 According to the Journal’s sources, the deal would value the company around $29 billion. “If the tender offer goes through at that valuation,” says the paper, “OpenAI would be one of the few startups able to raise money at higher valuations in the private market, where investors have pulled back from new deals given last year’s technology rout.”

No, it doesn’t generate much in the way of revenue yet — it’s in the tens of millions.

But it’s intriguing. And that’s saying a lot coming from your tech-jaded editor. I haven’t gotten around to experimenting with it yet, but I’ve seen just enough so far to think that it just might live up to some of the claims about it being “world-changing.”

Then again, we remember the same claims made about the Segway. 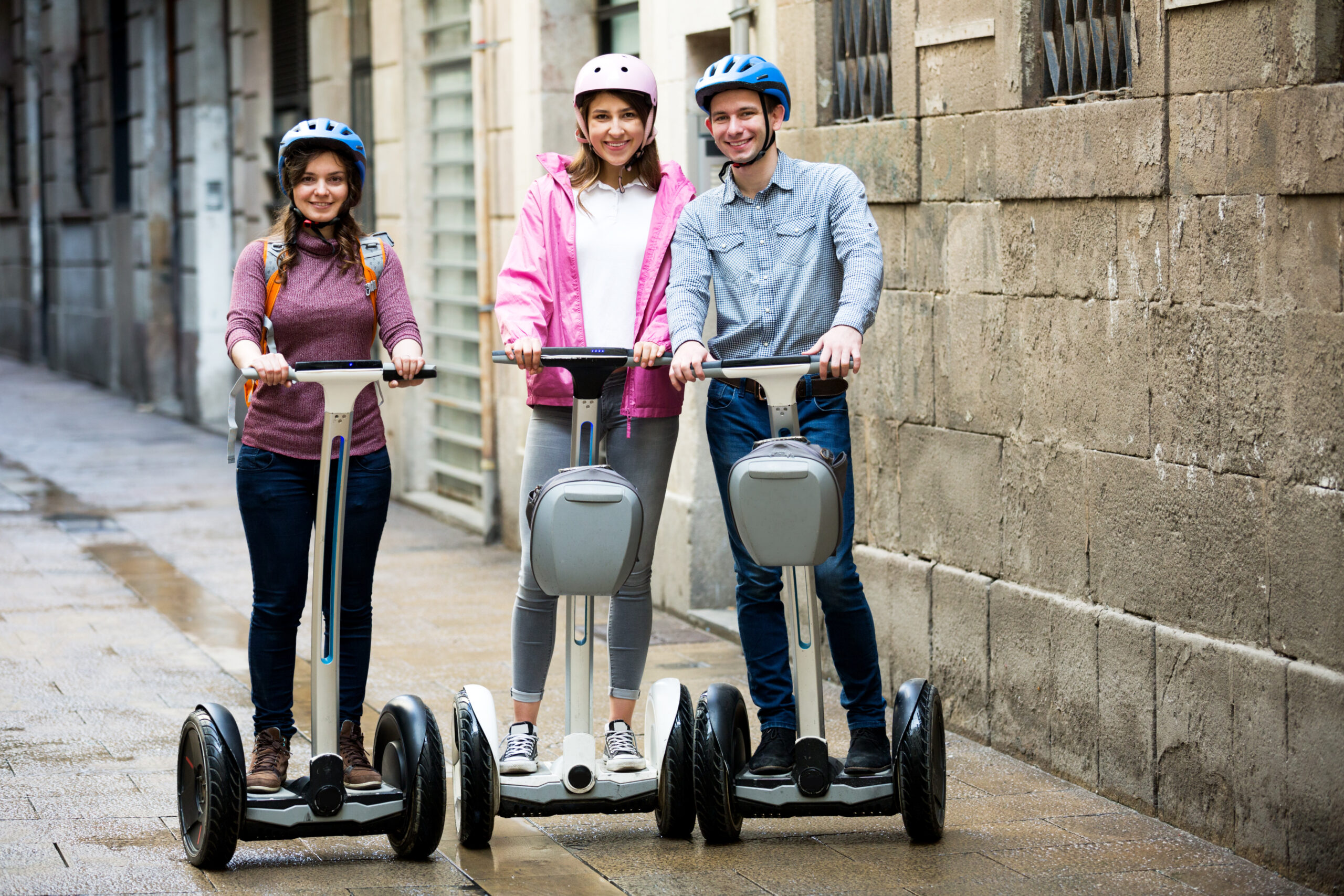