— “A railcar full of what looks like gray sand… doesn’t look like much, but this gritty-looking material has remade the global economy,” says Paradigm’s mining-and-metals expert Byron King. 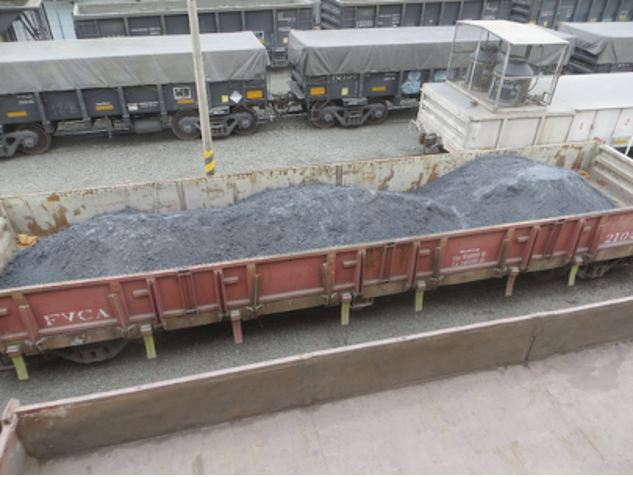 “You’re looking at what comes out of a copper mine… called copper concentrate,” says Byron. “In this case, [from] the Toromocho Project, about 85 miles east of Lima, Peru, at about 15,000 feet high in the Andes Mountains.”

Peru itself — the No. 2 copper producer in the world — is a geopolitical hotspot, having had six presidents in as many years. Most recently, on Dec. 7, socialist President Pedro Castillo threw the country into chaos once again when he attempted to dissolve congress ahead of his own impeachment proceedings.

Castillo’s ouster has led to widespread protests across the country, with dozens killed and hundreds injured. Just hours ago, Castillo supporters, mostly from poor mining towns in the Andes, descended on the capital city Lima to demand newly sworn-in President Boluarte’s resignation alongside systemic reforms.

Keep in mind, this level of destabilization means already tight copper supplies might get even tighter…

“Copper demand is growing,” Byron notes. “Certainly in the developing world, from Paraguay to Pakistan, when people get some new money they buy a microwave oven, refrigerator, air conditioner… which all rely on copper.

“In the developed world, the EV story is pretty misunderstood,” he says. “For example, my gasoline-powered Buick has about 50 pounds of copper in it. But if I trade my Buick in for a Tesla or other EV, I’m sitting on top of at least 250 pounds of copper.

“Now, multiply that by millions of cars over the next 10, 15, 20 years. Meanwhile, I also must rewire my garage to install an EV charging system, like another major appliance in many ways. Times millions, across the landscape,” Byron reiterates.

“And then there’s ‘renewable’ energy — windmills and solar — which requires lots of copper, both in the systems themselves and the copper to wire them,” he adds. “Plus, electrical grids will have to be updated to move power from where it’s generated (windy mountain tops, seashores, offshore) to where the energy ‘load’ is… Plus? Renewable energy needs battery storage to work, so batteries are a new source of copper demand.

“I could go on, but you get the point: Copper demand is increasing,” says Byron.

“On the supply side…

“Traditional copper supplies have been waning for many years,” he says.

“For instance, Bingham Canyon, Utah, started mining in 1906, and is among the largest pits on Earth. But the mine is playing out, so Rio Tinto is looking for new deposits all across the Western United States.” (Which is why Byron visited up-and-coming copper plays in Montana and Utah last summer.)

“Elsewhere in the world, Peru and Chile have been longtime copper suppliers” — accounting for about 40% of the world’s copper mining, in fact. “But the same thing pertains,” Byron says. “Old mines, lower grades, including more energy to dig and process.”

Then there’s the proliferation of what Byron calls “resource nationalism,” making development more difficult. “ESG from the top down,” he notes. “In terms of the global opinion on the mining industry, people want the materials… They just don’t want the mining that makes those materials available.”

[A unique take on copper demand? “Copper has become a valuable commodity, worth fighting over if not just stealing.” To wit, as recently as last week, “a group of armed men” in Chile “stole several shipping containers filled with copper,” Reuters reports, worth over $4 million.

“In the old days,” Byron comments, “organized crime focused on numbers, racketeering, gambling and the like. But as minerals and refined products become more valuable… that’s where the money is.”]

All these factors signal…

“The copper squeeze has begun, which is definitely a plus for mining shares,” Byron says.

“There’s been a huge move up since early November for copper miners’ shares — way more than the underlying metal,” he says. “And many copper plays are sitting near one-year highs, with a few in the range of five-year highs.”

“The good news is that, with strong pricing, the dividends are likely safe for this phase of the industrial cycle,” Byron says. “Meaning, plenty of cash flow to back up the checks.

“Of all the big guys,” he adds, “I like RIO because it’s among the most diversified in terms of many different products, from copper to titanium, gold and more.

In short, these copper miners have seen a “big whack to the upside,” Byron concludes. “Could there be more?” With surging demand and dwindling supply, the answer is yes…

It’s the Rickards’ narrative come to life: The Fed will pivot not to achieve a soft landing, but because they’ve already crashed the plane.

We spotted this after we went to virtual press yesterday… 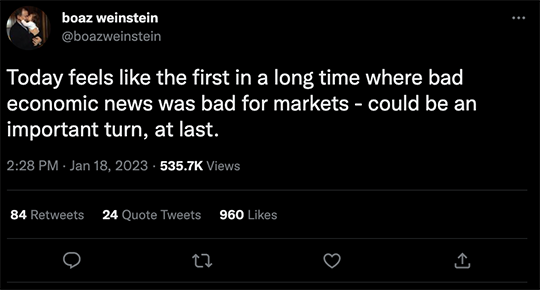 “China is now letting the COVID-19 virus rip through society,” says Paradigm’s macro authority Jim Rickards, “and trying to reboot its economy at the same time.”

Pertaining to life after “zero COVID” lockdowns: “Many Chinese lack immunity,” says Jim. “Suddenly, they’re all being exposed at once.

“In a population of 1.4 billion” — an aging, shrinking population, at that — “China could actually experience over 450 million infections and perhaps as many as 2 million deaths from COVID.

“Regarding the Chinese economy, the most important point is that it’s failing with or without the zero-COVID policy,” says Jim.

“Problems run much deeper than that, [including] excessive debt, the collapse of the real estate sector, decoupling from the U.S., the cutoff of high-tech imports to China and a demographic collapse.”

Beijing’s decision to end dystopian-level lockdowns in December “will not end China’s economic malaise,” Jim concludes. “Don’t be fooled… China’s economy may already be in a recession, which is a shock for the world’s second-largest economy and the ‘factory of the world,’” he says.

Meanwhile, another Asian country is hustling to become the next “factory of the world”…

“There [are] many supply chain partners who are looking at alternate geographies or new places,” the minister said. “And India is of course a very important destination.”

Namely, tech giant Apple aims to rehome some of its manufacturing outside of China. To that end, “more than a dozen of Apple Inc.’s Chinese suppliers are receiving initial clearance by India to expand in the country,” Bloomberg reports.

“The clearances signal that India is allowing more Chinese companies in to build out its tech manufacturing sector, even as political tensions between the Asian neighbors have intensified.”

Chinese and Indian troops clashed in 2020 over a longtime border dispute; 20 Indian troops were killed. “The incident sent anti-China business sentiment soaring in the country.”

But it appears the two countries have arrived at a tentative peace. Apple, however, put forward 17 total companies for India’s consideration. At minimum, India rejected one company “because of direct ties to the Chinese government,” says Bloomberg.

Last week, by the way, we mentioned it might take 10 years for Apple to extricate itself from China… but a WSJ article figures it might take twice as long.

“Ordinary people’s private financial records are being siphoned indiscriminately into a massive database, with access given to virtually any cop who wants it,” says Nathan Freed Wessler of the ACLU.

The database in question, run by an under-the-radar nonprofit called the Transaction Record Analysis Center (TRAC), “was set up by the Arizona state attorney general’s office in 2014 as part of a settlement reached with Western Union to combat cross-border trafficking of drugs and people from Mexico,” The Wall Street Journal reports.

“It has since expanded to allow officials of more than 600 law-enforcement entities” — think everyone from three-letter federal agencies to small-town police forces — “to monitor the flow of funds through money services between the U.S. and countries around the world.”

Oh, and TRAC cuts out the hassle of, say, having to apply for a search warrant!

“[Lebel] said TRAC put a $500 minimum threshold in place to avoid collecting the overwhelming majority of family remittances back to Mexico and other countries, which typically fall below that.” Well, thank God for small favors?

And thank God for Sen. Ron Wyden (D-OR) — one of the last liberals who actually cares about civil liberties — who on Wednesday “called for the Department of Justice (DOJ) inspector general to investigate federal law enforcement agencies’ use of [TRAC] that has amassed millions of records on money transfers between the U.S. and more than 20 countries,” The Hill reports.

“This program should never have been launched,” enjoins ACLU attorney Nathan Freed Wessler, “and it must be shut down now.”

“Coal is hard to come by nowadays, so I usually give my children a large rock in their stockings,” says a reader about The 5’s Saturday issue, featuring a very ESG-based critique of Santa’s practices.

“This just goes to show that Santa has been ahead of the curve for generations,” writes another reader. “If you interpret a lump of coal as being an ecological atrocity, then he’s telling little brats, ‘Look, you have been *this* bad, as awful for the planet as this lump of coal! Shape up!’

“So if that’s what motivates them, well, Santa is a pretty smart guy… Also, the lump of coal

in and of itself has zero impact, given that Santa uses magical elf power to mine it. Of course, I suppose that if a child was really naughty, he might actually burn the coal.”

It just might come to that… Especially after Mom and Dad have gotten the first gas-and-electric bill of the new year. (I speak from experience.)

Take care! We’ll be back with another episode of The 5 tomorrow…