The End of the Internet

The biggest threat to the internet in 2020 comes from…

Well, let’s first rattle off a list of where it doesn’t come from.

It doesn’t come from Facebook and Google caving to every demand of the social justice warriors.

Nor does it come from Chinese hackers seeking to scoop up sensitive info.

Nor does it come from viruses created by online vandals whose only aim is wanton destruction.

No, the biggest threat to the internet in 2020 comes from Congress. This week.

Tomorrow the Senate Judiciary Committee takes up the EARN IT Act — short for “Eliminating Abusive and Rampant Neglect of Interactive Technologies.” A vote to send it to the full Senate could come before day’s end.

In theory, the bill would merely set up a federal commission to come up with “best practices” to prevent the online spread of “child sex abuse material.”

Don’t be fooled: “Protecting children” is a Trojan Horse. 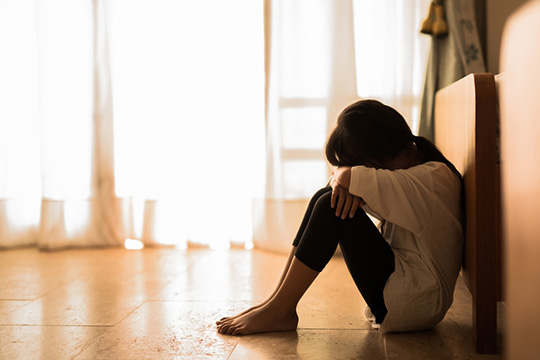 In reality, passage of this bill means the end of digital privacy.

“The bill’s authors have shrewdly used defending children as the pretense for an attack on our free speech and security online,” writes Elliot Harmon of the Electronic Frontier Foundation.

Explains Harmon’s EFF colleague Joe Mullin: “Imagine an internet where the law required every message sent to be read by government-approved scanning software. Companies that handle such messages wouldn’t be allowed to securely encrypt them, or they’d lose legal protections that allow them to operate.”

The bill essentially guts “Section 230” of the Communications Decency Act of 1996 — the most important protection of free speech online.

“Section 230 says, in essence, that users are legally responsible for the content they upload, and not the platforms that they use to do this,” explains Sia Mohajer of the Foundation for Economic Education.

“If you are defamed on Twitter, in other words, you can sue the user who defamed you, but you can’t sue Twitter for letting them do so.”

“Thanks to Section 230,” adds EFF’s Harmon, “online platforms can allow users to share your thoughts without fear that something they say could cost them millions of dollars or even jail time.”

Section 230 has become “the legal framework undergirding the internet as we know it,” writes Elizabeth Nolan Brown at Reason.

But under the EARN IT Act, companies that fail to comply with the “best practices” developed by a federal commission would be stripped of Section 230 protection. They could be sued into bankruptcy.

The commission would be run by Attorney General William Barr — “who has made it very clear he would like to ban encryption, and guarantee law enforcement ‘legal access’ to any digital message,” writes the EFF’s Mullin.

Encryption is what makes internet communication kinda sorta secure. Apple uses it to keep customers’ iPhone data private. Facebook uses it to keep WhatsApp messages from getting into the wrong hands. And so on.

Federal law enforcement hates encryption, no matter which party’s running the show at any given moment. Back during Obamatime, it was FBI director James Comey leading the charge against encryption. Comey and Barr alike have demanded that tech companies build “back doors” into their hardware and software so the feds can obtain easier access to sensitive data.

The problem, as we’ve pointed out for nearly five years now, is that there’s no such thing as a back door that only “good guys” can pass through. If the feds can get in, so can hackers, foreign governments and so on. 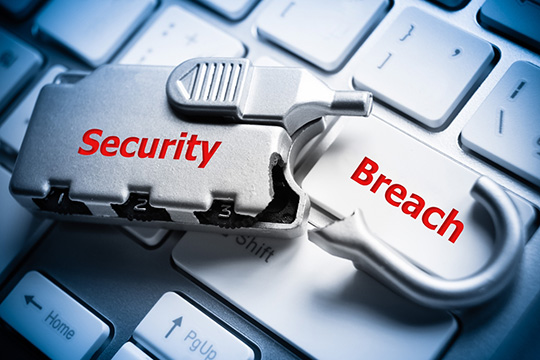 What the EARN IT Act would actually do…

“If the bill passes, tech companies will be confronted with a choice,” writes FEE’s Mohajer: “weaken their encryption schemes, or face lawsuits based on the content uploaded by their users.

“In practice, they will have to weaken encryption, because the flood of litigation stemming from user content will make running such platforms impossibly costly.” Even for the biggest of the big tech companies.

“It's astounding,” writes Mike Masnick at Techdirt, “that this is happening right at the very moment when more people than ever are relying on the internet to work from home — a situation in which open speech platforms and strong encryption are more important than ever.”

Usually we eschew politics here in The 5. We prefer to focus on things that are within your control. Voting? We don’t see much point to it. “It just encourages the bastards,” as the humorist P.J. O’Rourke says.

But under the right circumstances, phone calls to members of Congress actually can make a difference. We hear that over and over from grassroots groups, even when they’re up against powerful lobbies.

Here’s a list of all the Senate Judiciary Committee members. Perhaps you live in a state they represent. If you live in Texas, you can have twice the impact: Both Ted Cruz and John Cornyn are on the committee. If you’re in Iowa, you might also have an outsized effect — Joni Ernst faces a competitive re-election race this year.

The stakes are enormous — nothing less than a free and secure internet where we can exchange ideas and do business.

“The privacy and security of all users will suffer if U.S. law enforcement is able to achieve its dream of breaking encryption,” says Mullin of the Electronic Frontier Foundation. “Senators should reject the EARN IT bill.”

To the markets — which the mainstream tells us are freaking out about a resurgence of the corona-crud.

As we write, New York, New Jersey and Connecticut have just imposed a 14-day quarantine on travelers from “hotspot” states like Florida. The Wall Street Journal is fretting about “renewed curbs on business activity.”

Really? How is that quarantine going to be enforced? And no one is going to respect “renewed curbs on business activity” after scores of mayors and governors gave their blessing to protests that defied their own edicts against large-scale gatherings.

In any event, all the major U.S. stock indexes are down at least 2.5%. But at 3,047, the S&P 500 is still comfortably above the round-number 3,000 level that our Alan Knuckman says is the red line right now. Unless that level breaks — and it survived a test only last week — Alan says the next target is 3,200.

Unfortunately, the selling today is not benefiting gold. The Midas metal is off a bit to $1,761 — still close to a seven-year high, though.

What is benefiting are Treasuries. Prices are up, so yields are down — the 10-year note back below 0.7%.

As long as the market action is on our mind, we have another bone to pick with Establishment financial media today… 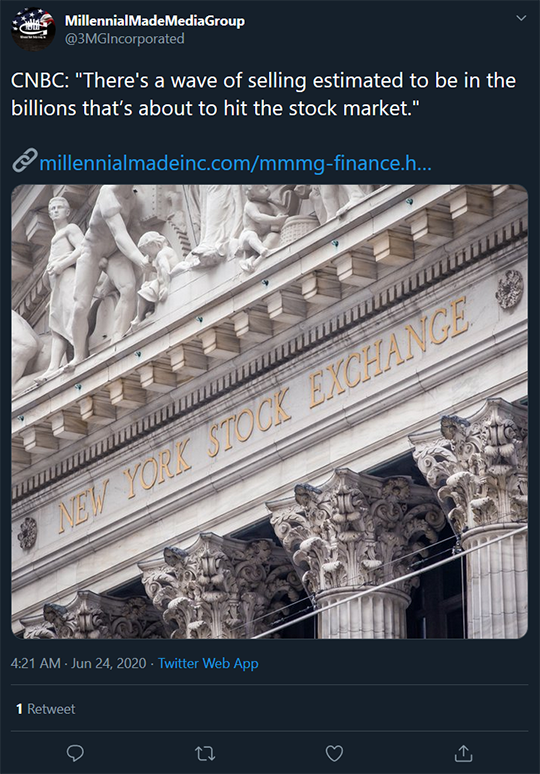 Which is true, as far as it goes. Pension funds and the like might want to book some gains at the end of the quarter next week and plow the proceeds into bonds.

But you don’t even have to read CNBC’s article to see all the qualifications — just the bullet points up top: “…some strategists say the resulting market move may not be that big after all because of prior selling and action in the derivatives market.”

Shameless, really. How many Drudge readers were sucked in this morning? At least when we do “clickbait,” we make damn certain the copy delivers on the promise implied by the headline.

[OK, there was the unfortunate “Obama’s Mistress” campaign a few years ago — in which readers experienced a massive letdown when they learned the “mistress” he’d been consorting with for decades was… socialism. But we learned our lesson!]

On the de-dollarization watch, China is publicly bracing for a possible shutoff from the global dollar-payments system.

The South China Morning Post reports on a forum organized by the Chinese media outlet Caixin. One of the top speakers — Fang Xinghai, vice chairman of the China Securities Regulatory Commission.

Fang warned his nation is vulnerable to a U.S. dollar weaponized by Washington — especially sanctions on Chinese companies and banks.

“Such things have already happened to many Russian businesses and financial institutions. We have to make preparations early – real preparations, not just psychological preparations,” said Fang.

He also said China’s holdings of dollar-denominated assets are at risk from the Federal Reserve’s rampant money-printing. “If our overseas assets were held in yuan,” he said, “there won’t be such worries.”

We’re hard-pressed to recall such a public statement from a Chinese official in the six years we’ve been chronicling the de-dollarization trend overseas. Up to now, all the moves have been behind the scenes — especially China’s relentless gold accumulation.

Which raises the logical question — how’s your own gold accumulation coming? As our Jim Rickards says, a 10% allocation is part of a well-balanced portfolio.

New York City is about to launch an all-out crackdown on fireworks — what could possibly go wrong?

New York is among the many places where folks are noticing way more than usual consumer-grade fireworks noise in the run-up to Independence Day. Complaints in the Big Apple are up more than 2,000% from the same period last year.

Mayor Bill de Blasio is forming a 42-member “task force” to step up enforcement of the city’s total fireworks ban — including sparklers. A city press release promises “investigations and sting operations within and outside of New York City to disrupt supply chains.”

Ugh… “Tensions between the NYPD and city residents are high right now after weeks of anti-police brutality protests and riots, which were often met with excessive force by the cops,” says Reason writer Christian Britschgi. “Asking the police to step up their enforcement of yet another prohibition in this environment raises the potential for more citizen-police encounters to turn violent.”

Britschgi invokes the memory of Eric Garner — killed by New York police in 2014 after being on their radar for years because he was selling untaxed cigarettes brought in from other states.

As we’ve mentioned in the past — sometimes to the disgust of “law and order”-minded readers — Garner was carrying on the storied American tradition of smuggling.

An extreme example? Yes. But as Britschgi concludes, “Every government ban requires government force to maintain… Given the NYPD's recent track record, it might be better to let people set off a few cherry bombs.”

P.S. "Put simply, Section 230 does not keep federal prosecutors from holding providers accountable for child sex abuse material on their services," says Riana Pfefferkorn of the Stanford Center for Internet and Society.