“Nothing is back to normal and probably won’t be for a while,” says our macro expert Jim Rickards.

Most recently he notes: “President Trump has acquired the coronavirus and was admitted to Walter Reed hospital for treatment. He’s expected to recover but it definitely changes the election dynamics.

“Trump’s campaign manager also tested positive and will have to run the campaign from quarantine,” Jim continues. “This spread of infections in the White House and on Capitol Hill (three senators tested positive) may also impact the confirmation hearings for Supreme Court justice nominee Amy Coney Barrett. 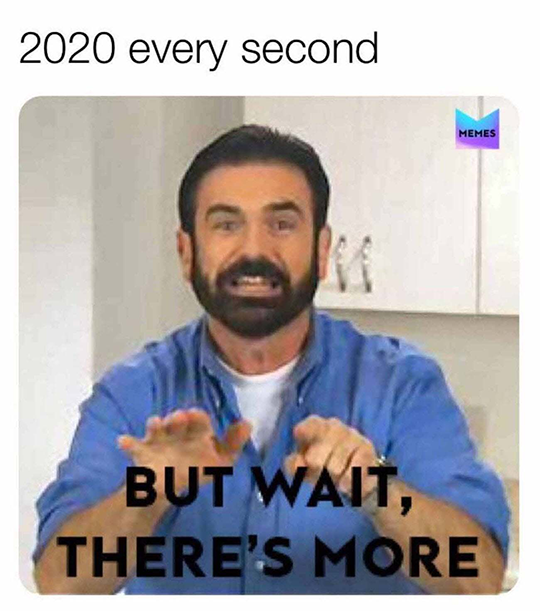 “The fact is no one knows how all of these ripple effects will play out,” says Jim. “It’s just one more wild card in a year of wild cards including the pandemic itself, an economic depression, social unrest and a Supreme Court vacancy.

“The best approach for investors is to expect more surprises,” Jim concludes. Which leads to a discussion of the most reliable safe haven we know… even if it’s selling at a “discount” now.

“We expect this to be a shallow correction, because real interest rates (interest rates minus inflation) are likely to remain negative for years into the future,” he says.

To expand the discussion of inflation and interest rates — and the outcome for gold — Dan turns to Treasury Inflation-Protected Securities, or TIPS

As of Oct. 1, the yield on the benchmark 10-year TIPS was negative 0.95%. “That means investors are willing to accept a deeply negative yield to maturity for the expected annual inflation boost that they’ll get on their bond’s principal,” Dan says.

“In other words, a negative TIPS yield implies that investors have little confidence that the Fed is willing (or able?) to keep inflation ‘contained’ over the next decade.”

Making the 10-year breakeven point 1.63%, according to Dan; in other words “what investors expect annual inflation to average over the next decade.” Either way, that number’s well below the Fed’s 2% inflation target…

So how are investors viewing other assets?

“Among the institutional investing crowd, the appeal of U.S. Treasury bonds yielding 0.68% as a portfolio hedge and portfolio diversifier is waning rapidly,” Dan says. Well… yeah.

“Demand for Treasuries, if yields approach 0%, will fall even more. These investors are likely to keep a firm bid under the TIPS market. And if prices start looking too high in TIPS, they might turn to gold in larger numbers.

“When government bonds are yielding close to 0%,” Dan emphasizes, “and the governments that have issued those bonds are promising to rapidly boost the supply of new bonds, then gold starts to look much more appealing.

“Detractors… point out that gold is volatile when compared with government bonds,” says Dan, “but I’d respond that gold as an asset class outlasts governments.”

While “inflation is how governments slowly default on the debts denominated in their own currencies,” he continues, gold “outlasts the life spans of paper currencies, which always fail when they are excessively abused by governments and central banks.”

Apropos of central bank abuse (and the bullish case for gold)…

“Investors expect negative real interest rates” because “they see a large, persistent wave of Treasury bonds issuance on the horizon,” Dan says. In turn, investors “expect that the Fed will buy many of those bonds.

“Regardless of the inflation rate,” says Dan, “in the future, inflation will always be explained away as ‘transitory.’”

That’s because “Treasuries that are held by the Fed and permanently rolled over are effectively ‘monetized,’ or transformed into bank reserves,” Dan says. 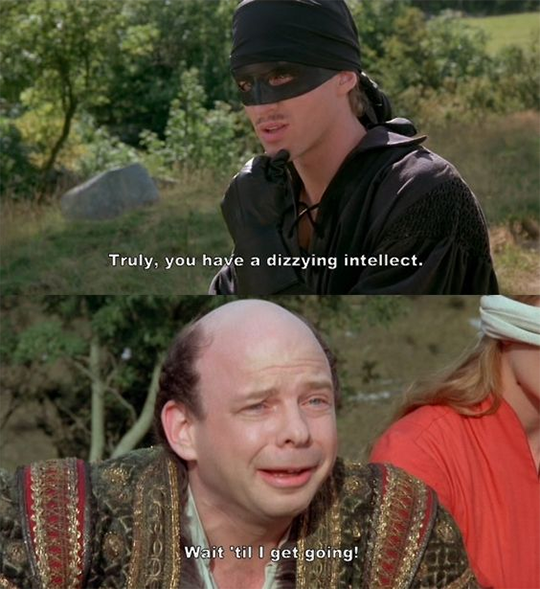 “Is this a perpetual wealth-creating machine free of consequences, as the ‘MMT’ crowd would have you believe?” Dan asks. “It’s certainly not.”

“The big risk… is collapse of confidence in the U.S. dollar,” he says. “Confidence would fall due to the spreading recognition that dollars are limitless in future supply and easily distributed throughout the economy via the Treasury’s spending channels.

“Right now, the Fed’s support for the federal deficit is indirect. It’s only apparent to those who pay close attention to its balance sheet. In the future, the Fed’s persistent funding of the deficit will become more obvious to a wider audience,” Dan believes.

And a wider audience is getting a clue…

“Gold and silver are just starting to become more popular among investors who haven’t owned precious metals in the past,” Dan notes.

“Investor inflows into gold and silver ETFs are strong and can continue for years into the future.

“Since many holders of precious metals have owned their positions for years in anticipation of the scenario I just outlined,” Dan says, “most are waiting for higher bids from new buyers to part with their metals.

[You Won’t Want to Miss This: Hard Assets Alliance has launched a new, easy and secure way to open a gold IRA and start enjoying all its benefits right away.

We urge you to get started today… in as little as five minutes!

“I don’t believe the market necessarily cares who wins the election next month,” says analyst Greg Guenthner. “It just wants a clear winner.”

While Greg tried to disconnect from the Twitterverse and the 24-hour news cycle over the weekend, he notes: “We got a little pop in futures last night after officials confirmed Biden tested negative again.” Hmm…

“But enough with the politics,” he sighs. “It looks like we saw a pretty strong morning and a solid start to the week. The bulls remain in control as the market continues to stabilize after the September correction.”

Even as we write, we learn Trump’s press secretary has tested positive for coronavirus. Guess we can’t sidestep politics for long…

Greg’s plan of action going forward? “Remain aggressive and take profits early and often,” he says. “It’s election season and we need to prepare for volatility!”

We’re not calling it a civil rights comeback just yet, but…

“The Michigan Supreme Court ruled Friday that a series of executive orders put in place by Gov. Gretchen Whitmer to combat COVID-19 were unconstitutional and are now invalid under Michigan law,” Reason reports.

Justice Stephen J. Markman ruled the governor’s edicts represented an "unlawful delegation of legislative power to the executive branch in violation of the Michigan constitution.”

You’ll recall Gov. Whitmer’s come under fire for some utterly boneheaded pandemic restrictions — including a critique at The 5 from our editor and Michigan transplant Dave Gonigam.

Examples of Whitmer’s pansanity? Restrictions on “in-store sale of paint, outdoor goods and other allegedly nonessential items at big-box retail stores, so those establishments were forced to block off certain aisles to customers.”

Or this: Executive orders “made it illegal to use motorboats, though residents could use boats without motors.” Row, row, row your boat…

Meanwhile, the sale of lottery tickets was considered essential because the proceeds fund public schools (which have been largely shuttered).

So while the governor’s office scoffed at the Republican-led lawsuit, the court brought down the “ban gavel” on Gov. Whitmer’s on-again, off-again executive orders.

"We conclude that the governor lacked the authority to declare a 'state of emergency' or a 'state of disaster' under the Emergency Management Act after April 30, 2020, on the basis of the COVID-19 pandemic," the court said.

"Furthermore, we conclude that the Emergency Powers of Governor Act of 1945 is in violation of the constitution of our state because it purports to delegate to the executive branch the legislative powers of state government — including its plenary police powers — and to allow the exercise of such powers indefinitely.

“As a consequence, the EPGA cannot continue to provide a basis for the governor to exercise emergency powers."

Back to the drawing board, Gov. Whitmer…

Coincidentally, a reader says: “As you noted, the U.S. presidency has become ‘entirely too powerful for anyone’s own good.’

“The fact liberals are so verklempt over Trump's move to replace RBG (whose condition remains unchanged at Arlington Cemetery) strongly suggests that they have come to rely too much on the increasing power of nine unelected black robes (and their mini-mes at the appeals and district levels) to make things happen when said liberals cannot get their own way playing by the rules.

“Likewise, the legislature — when they are not too busy writing laws that hand over real lawmaking power to the deep state (a story for another day) — continues to usurp the powers reserved by the Constitution for the states and for the people.

“All in all, the *entire* feral (not a misspelling) government has become too big and too powerful for anyone's good.”

“Regarding New Jersey ‘bringing up the rear,’ you have described it all wrong…

“New Jersey is taking it up the rear.

“Between New Jersey’s governor — who thinks he is Robin Hood — and a legislature that is owned by the public unions, what else can we expect?”

I happened to travel to New Jersey Sunday and was greeted by a road sign for out-of-state visitors suggesting we “voluntarily” quarantine for 14 days. (Just try to enforce that, Michigan, er, New Jersey!) However, Maryland is not currently on NJ’s list of verboten states.

These are strange days indeed, folks…

P.S. Billionaires, hedge funds, central banks and everyday investors like you are buying up gold at a record pace.

And joining today’s gold rush is easy with Hard Assets Alliance … Buy, hold and sell physical gold 24/7 — from the comfort of your home.

Full disclosure: Agora Financial is pleased to be a stakeholder in Hard Assets Alliance; we think HAA is one of the best ways we know for everyday investors to balance their portfolios with precious metals. Assume we will get a share of the fees… which are among the lowest in the business.