“It’s a distributed network of decentralized financial applications,” James says, “which means precisely nothing to the average Joe.”

He clarifies: “It’s a parallel financial system where anyone, anywhere in the world, can have access to financial applications and services without giving up their personal information and while keeping control over their own money.”

And unlike the banking system….

More good news? “You don’t have to understand complicated smart contracts, cryptographic protocols and complex trading mechanisms to use DeFi,” James says. In the same way you most likely don’t understand the ins and outs of the internet… yet probably use it every day.

“Same with DeFi,” says James. “And as this parallel financial ecosystem grows and matures, the services within it will become faster, easier and better.”

“The EU signed off on a law that enforces companies to KYC all of the [crypto] wallets they interact with,” reports our crypto expert Chris Campbell.

“Know your customer” (KYC) means “gather all of the data you can on everyone you do business with,” Chris says bluntly.

“What this law means specifically: Whenever someone wants to send crypto [via] centralized exchanges, they’ll have to say exactly who owns the receiving wallet.” Which kinda, sorta defeats one of the advantages of crypto — privacy.

“Furthermore, the exchanges will be required to report every single transaction over 1,000 euros to authorities.” Chris continues. “In response, the CEO of Coinbase, Brian Armstrong, wrote that the proposal is ‘anti-innovation, anti-privacy and anti-law enforcement.’

“Of course, this is bad news for guys running centralized exchanges.” However, Chris says: “This will be good for crypto’s greatest feature — decentralization.

“In fact, contrary to Armstrong’s statement, [the EU law] might actually drive more innovation,” he asserts. According to acclaimed DeFi developer Niklas Benjamin: “If you are bullish on decentralization, then I would argue this bill works in your favor.”

“The unintended consequence,” Chris says, “is that it will make centralized exchanges more complicated, with worse user experience and higher [fees].

“It will make decentralized exchanges far more attractive,” he emphasizes. “In the end, in fact, this could be great news for DeFi.”

[Ed. note: DeFi is one of the best opportunities in the history of money. It allows people everywhere to take control of their money and participate in unlocking human innovation and ingenuity.

And it’s just the beginning for DeFi…

So if you want to get far ahead of the curve on what’s set to become an $800 billion market, here’s how to access some of James’ favorite, under-the-radar DeFi picks.]

Commodities? Oil’s cooling its heels at $103.32 for a barrel of West Texas intermediate. Per precious metals, gold stands pat at $1,934 per ounce, and silver is hanging out above $24.

It’s worth mentioning, Elon Musk seems to have the Midas touch…

Yesterday, we reported the world’s wealthiest human took a 9.2% stake in Twitter. Since the announcement, TWTR shares have surged almost 30%. Not only that, Dogecoin — which Musk pumped in the past, ironically via Twitter — soared 10%. (Same for Tesla shares, but they’re coming back to earth today.)

Beyond Musk’s apparent ability to make money hand over fist, he’s now joining Twitter’s board of directors — with the caveats that his term will expire in 2024 and he can’t own more than 14.9% of Twitter stock while he sits on the board.

Twitter’s CEO Parag Agrawal says: “Through conversations with Elon in recent weeks, it became clear to us that he would bring great value to our board.”

Whatever, man… Agrawal is famously anti-First Amendment. At the same time, Musk says he’s looking “to make significant improvements to Twitter in coming months!” Whether those “improvements” include some anti-censorship measures, only time will tell.. 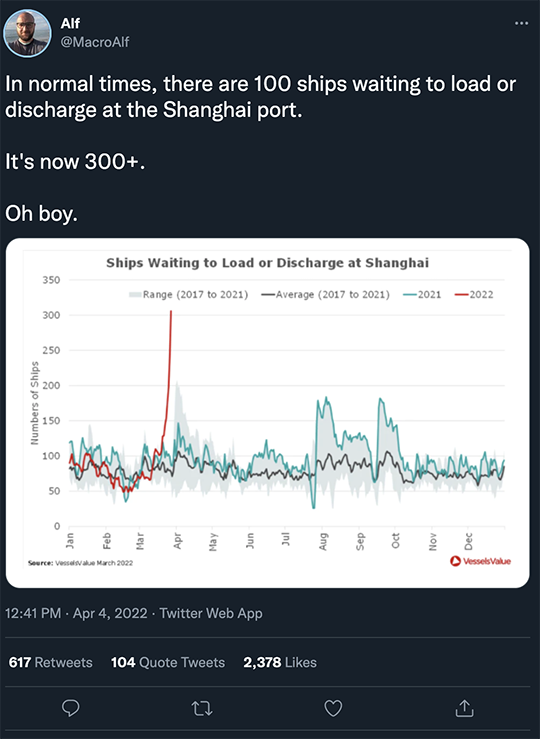 “A bipartisan group of U.S. Farm Belt lawmakers has been pushing the White House to lift the summertime ban [on 15% ethanol gasoline],” says an article at Reuters.

The “E15” ban — which prohibits its sale from June 1–Sept. 15 in large swaths of the country — was enforced because E15 was thought to contribute to smog during warm-weather months.

“Though research has shown that the 15% blend of fuel may not increase smog relative to the more common 10% blends sold year-round,” Reuters notes.

Lawmakers and lobbyists claim more ethanol gasoline blends might alleviate pain at the pump because corn (and soybeans) from which ethanol is made is cheaper, at present, than straight gasoline.

In mid-March, senators from the two largest corn-producing states — Chuck Grassley (R-Iowa), Dick Durbin (D-Illinois) and others — signed a letter asking Biden to permit the retail sale of E15 through the summer of 2022. (Team Biden is still weighing its options.)

In our Saturday edition we talked about how the 2005 “Renewable Fuel Standard” has “evolved into a policy that pays farmers and refiners to turn food into fuel,” according to public policy magazine City Journal… while “making prospective food shortages worse.” 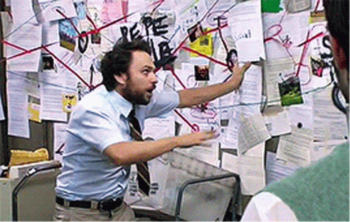 On the other hand, agri-lobbyists and lawmakers from farm-heavy states want to add more ethanol to gasoline to alleviate gas prices.

“After years of punitive regulations, oil companies are hesitant to spend hundreds of millions to drill,” says income investor Zach Scheidt, “[especially] knowing that the government’s long-term plan is to make life miserable for these companies.

“It’s more important than ever for U.S. energy companies to step up production,” he adds, “as the world struggles with a global energy crisis.

“And in a free-market environment, today’s higher oil prices would provide a huge incentive for oil companies to invest in new wells.”

Instead, oil execs are stuck between the proverbial rock and a hard place, asking: “Is it really responsible to spend money drilling today when regulations could quickly become more challenging as soon as the crisis is over?”

“There’s an incentive to drill more wells, and as more oil companies increase production, more supply hits the market. And according to the laws of supply and demand, when there’s more supply of a commodity, prices naturally fall.

“It’s only when the government sets regulations that work against free markets that the basic laws of economics start to break down,” Zach says.

“To be clear, I support the idea of transitioning toward more renewable and clean energy sources. But that transition is going to take time — and it will benefit from free-market incentives for companies to invest in alternative energy.

“Let’s hope our elected officials start to understand how markets work,” Zach says. “But with so many mixed messages coming from Washington, it’s becoming increasingly difficult to determine what the long-term future will look like for energy investments.

“We may see these stocks under pressure — simply because investors have a hard time making the long-term case for holding shares,” he closes. “As an investor at heart, I’ll be looking for plays we can make with traditional energy, alternative energy and other areas of the energy sector.”

Forget oil, for a moment… 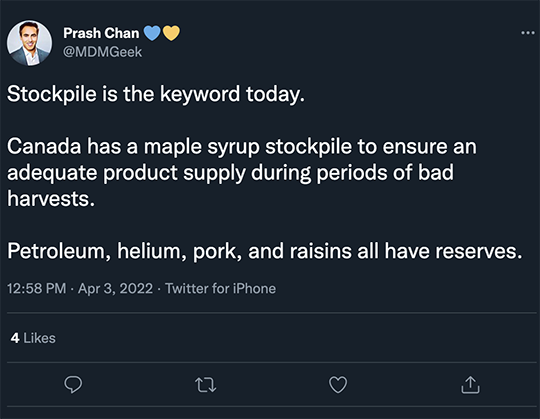 In a unanimous decision last week, the Canadian Supreme Court ruled against Richard Vallières — a “major player” in the 2011–2012 heist of 3,000 tonnes of maple syrup from the Quebec Maple Syrup Producers’ emergency reserve.

Here’s how the heist went down: “Vallières and [a] group of thieves targeted a central Quebec warehouse where the product is stockpiled,” the BBC says, “often replacing the syrup in the barrels with water.”

Vallières claims he unloaded the syrup for about US$8 million (in today’s money), and pocketed about US$800,000 for his trouble.

But now the gavel’s dropped: The court ordered Vallières to pay back US$7.3 million over the next 10 years or face six additional years in prison. (He’s currently serving an eight-year sentence for theft, fraud and trafficking.)

“Been reading a great book on feudal Japan,” he continues. “Seems that whenever money was tight, the shogunate would simply tell the people they needed to pay next year’s tax today, and at times were collecting taxes four–five years in advance.

“Their collection methods were undeniably effective. Either you paid in advance or they cut off your head. So while everything old is new again, at least Congress hasn’t codified the beheadings. Yet.”

Let’s not give the control freaks and power trippers any more ideas… We’ll be back tomorrow.

P.S. There are multiple reasons to be bullish on decentralized finance…

In this short presentation, James Altucher outlines why DeFi is set to be an $800 billion jackpot. And, more importantly, how James suggests you get in before the crowd.

Watch now… before the presentation’s deadline on Thursday at midnight.