The Fed Is Clueless

“With household budgets already stretched by high inflation, back-to-school shopping can be a struggle,” says an article at NPR.

For most parents, late August is a welcome reprieve from summer vacation as kids return to school. But for certified nursing assistant Tomicia Gray of Charlotte, North Carolina — who is raising two teenagers — back-to-school shopping this year has been exceptionally onerous.

Ms. Gray is one of many Americans feeling the impact of inflation… and bad Fed policy. 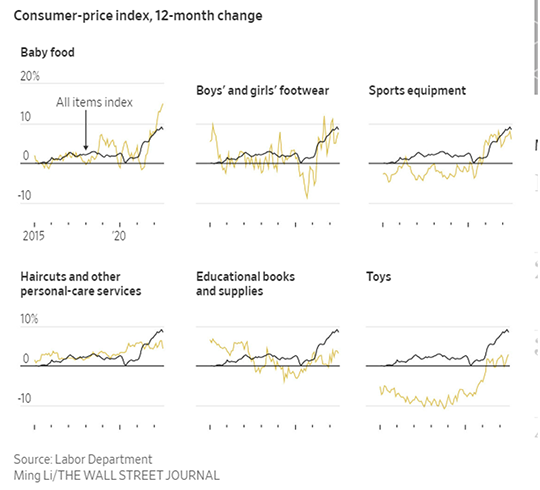 While the Fed has been holding out hope that too-little-too-late interest rate hikes would curb inflation and bring about that “soft landing” for the U.S. economy… everyday Americans know it’s not working.

Nevertheless, elites including former Treasury Secretary Larry Summers have this suggestion: “My hope is that we will get clarity that [Fed] policy is not yet restrictive, that it needs to be restrictive if we’re going to contain inflation and that we’ll need to accept the consequences of that.” [Emphasis ours.]

“The truth is the Fed is more confused and impotent than ever,” says our macro expert Jim Rickards.

“Investors and analysts hang on every word the Fed says,” he says. “They treat the Fed as the most powerful player in global markets — like an omnipotent force that can stop inflation, stimulate growth, cure unemployment, target interest rates and basically make or break the U.S. economy.

“There’s only one problem with that perspective,” Jim says. “The Fed members can’t do any of those things and have no idea what they’re talking about.”

The way Jim sees it: “What matters is not the Fed, but real economic growth, productivity, inflation, supply chain dysfunction, inventories and a growing global liquidity crisis.

“The Fed doesn’t know how to fix any of those problems,” he says. “But they are good at making things worse.”

And the market knows it…

The market’s risk-off mood comes ahead of the Federal Reserve’s big shindig in Jackson Hole this week, culminating on Friday when Fed chair Jerome Powell speaks.

So let’s assume the hedge funds are right and the Fed will keep pushing rates higher for longer… What are retail investors to do?

“Over the years,” says Jim, “I’ve been helping my long-time readers prepare themselves for big surprising events that could ultimately spell financial disaster.

But in two days — on Aug. 25 at 2 p.m. EDT — Jim is going public with a major change to his thesis, pulling back the curtain on a brand-new project that could help if you’ve been blindsided by pandemic policies, soaring inflation, energy shocks and supply chain disruptions…

It’s imperative you clear your schedule on Aug. 25 at 2:00 p.m. To join us, click this link to register.

(Of course, The 5 can’t help but wonder if limiting Saudi oil production helps camouflage limited oil supplies — particularly when we have it on good authority, from Paradigm editors including oil-and-mining specialist Byron King, that Saudi Arabia is buying massive amounts of Iranian oil. They use the cheap Iranian oil to generate electricity; meanwhile, the Kingdom sells Saudi oil at a premium. Crazy, right?)

In October 2018, we anticipated “The Day China Kicked out Apple and GM,” entertaining the question: What if the Chinese told U.S. corporations to get lost?

From our post nearly four years ago, it was mostly a thought experiment; we even admitted the premise seemed “far-fetched.” But now… post pandemic… post supply chain ruptures… post war in Ukraine… post U.S. politicians visiting Taiwan… our premise isn’t far-fetched at all!

Which brings us to today: The company “is now looking at alternatives,” says Fox Business, as U.S.-Chinese relations deteriorate and Beijing’s zero-COVID policy disrupts production.

“[Apple] has been working with suppliers to increase manufacturing in India and reduce the typical six–⁠nine-month lag in production for iPhones when it comes to the latest device.

“Apple is planning to begin manufacturing the new iPhone 14 in India… in a move that narrows the gap in technology manufacturing between the two countries,” Fox Business concludes.

[Bonus? “The Modi administration has offered financial incentives for tech production under its Make in India program.” So much for Apple pivoting to “onshoring” or even “nearshoring”!

Added bonus? Unlike Western countries, India is still importing Russian oil, so energy costs are probably cheaper than for other manufacturing hubs around the world.

Heh… So much for “friendshoring”!]

The 5 first reported on the matter in May 2021, after three federal agencies, including the FBI, claimed U.S Private Vaults pandered to criminals with its “don’t ask, don’t tell” policy and extreme customer anonymity.

The feds seized the contents of more than 800 safe-deposit boxes, including those of honest customers who relied on U.S. Private Vaults (USPV) to store family heirlooms, gold and silver coins and cash.

In the raid’s aftermath, USPV customers were advised: “In order to have the contents of their boxes returned,” according to Reason, “federal authorities are asking owners to come forward, identify themselves and describe their possessions.” (So much for privacy!)

After which, at minimum, five federal lawsuits were filed. “The Constitution does not abide guilt by association,” said Institute for Justice attorney Robert Frommer at the time.

“But… newly unredacted documents show that the FBI had drawn up plans months earlier to forfeit property from the boxes, and failed to inform the magistrate judge about those plans…

“Those crucial details were omitted from the affidavit submitted to the magistrate judge who granted the warrant that allowed the FBI to search U.S. Private Vaults,” Boehm says.

“The government misled the court about its forfeiture plans when applying for the seizure warrant, intentionally disregarded the warrant’s substantive limitations and conducted a pretextual sham ‘inventory’ while searching for evidence of criminality,” write attorneys Frommer and Robert Johnson of the Institute for Justice.

“The ‘inventory’ was a sham,” the attorneys argue in court documents. “Indeed, the whole idea of inventorying the vault was unreasonable on its face,” resulting in “an invasion of privacy.”

So constitutionally speaking, the stakes are high… We’ll keep you posted.

Now through Sept. 1, iconic cheap-beer brand PBR is taking over a Michigan motel. 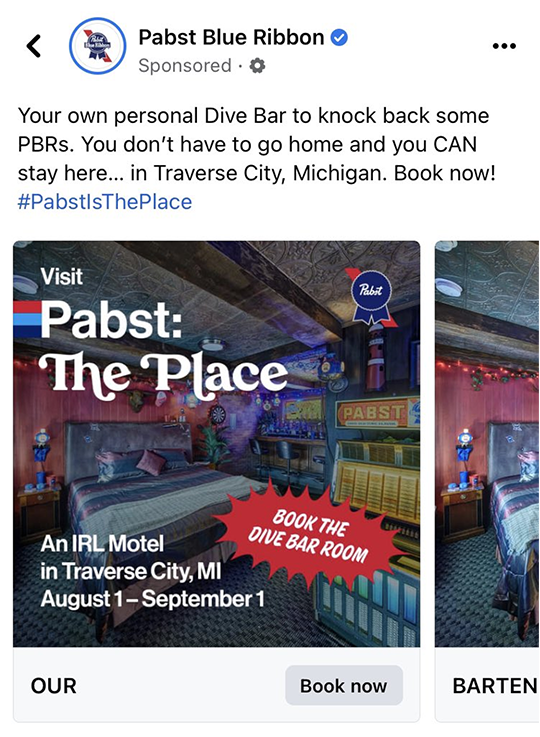 The Grand Traverse Motel in Traverse City has made over three motel rooms, each with a different PBR theme — the 1980s-inspired Arcade Room, the 1970s-era Rec Room and the ubiquitous Dive Bar Room.

About the latter, the motel’s website says: “Like getting all the nostalgia of a classic hole-in-the-wall bar, but with a king-size bed. And cleaner bathrooms.” Praise be…

The PBR gimmick is working too: The Dive Bar Room, for example, is booked solid. And in case you are looking for a last-minute summer getaway, age 21-or-over guests must book a two-night minimum stay; each night will set you back $184.40, minus taxes and fees.

Since The 5 is headquartered in Baltimore, we fully expect Natty Boh-themed motel rooms are on the horizon.

“Clearly, the contributor asking where the IRS expects to find 87,000 qualified agents has never encountered an IRS agent,” a reader says snarkily. “Qualified has never entered into the equation!

“As true as that has been historically, I suspect various ‘equity’ guidelines will now be the primary determinant [for hiring] with the current iteration of idiots-in-charge. Since agents will be armed, they probably have more to fear from friendly-fire rookie mistakes than the general public does.

“Your tax dollars at work!”

And our next contributor is the man with a plan…

“In order for the IRS to hire 80,000-plus people, how about firing thousands of useless TSA agents… and hiring them back as IRS agents?

“With the TSA’s dismal track record,” he says, “they won’t find a thing.”

Take care, and we’ll be back tomorrow with another episode of The 5.